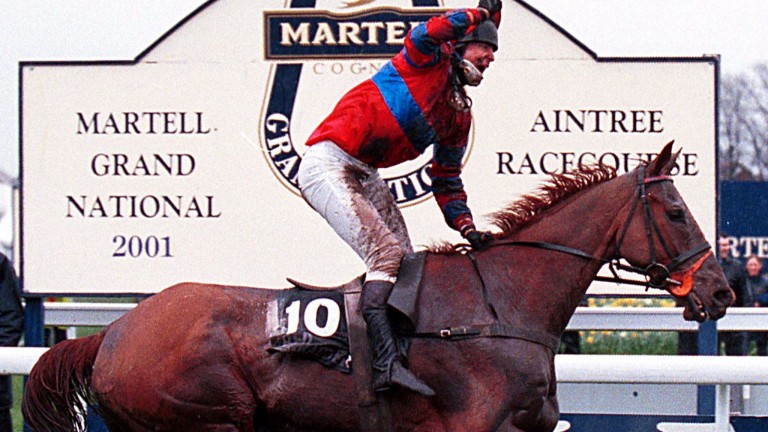 Red Marauder, winner of the memorable and controversial 2001 Grand National, has died at the age of 26.

Ridden by Richard Guest – who played a pivotal role in the training of the horse – and running under the name of owner Norman Mason, Red Marauder prevailed in one of the most attritional races ever staged in Britain as he ploughed through the mud to beat Smarty in a marathon in which just four of the 40 starters completed.

Blowing Wind and Papillon, who were remounted by riders Sir Anthony McCoy and Ruby Walsh, were the only other horses to reach the end of an incident-packed race, in which much of the field were taken out in a Foinavon-esque pile-up at the Canal Turn.

The sight of two weary, mud-splattered chasers having the Grand National to themselves shortly after halfway prompted much debate about whether the race should ever have taken place under such testing conditions.

But the heavy ground played to Red Marauder's biggest strength - his bravery.

"He was as brave as a lion and loved soft ground," Guest said. "He was just so brave. He didn't know when he was beaten."

Red Marauder lived out his days with Guest, who now trains under his own name in Wetherby.

"I've had him since he retired," Guest said. "I've moved three times but he always came with me. Some horses don't cope with retirement but he loved being out in the field. He was head of the herd. He'd always be looking out and making sure the foals were not being bullied – as long as he had a young horse to look after he was happy."

Red Marauder's Grand National triumph was a career highlight in the saddle for Guest and even after the horse's retirement the memory of that famous day at Aintree provided inspiration to persevere when times were tough.

"Red Marauder was an important part of my life," Guest said. "After all the years of hard work and sacrifice he made it all worthwhile.

"I've had some difficult times – and sometimes you think you can't beat this game – but then I would go out to the field to feed Red Marauder and he would remind me of the good times, and that it is possible to beat the game. He kept me going." 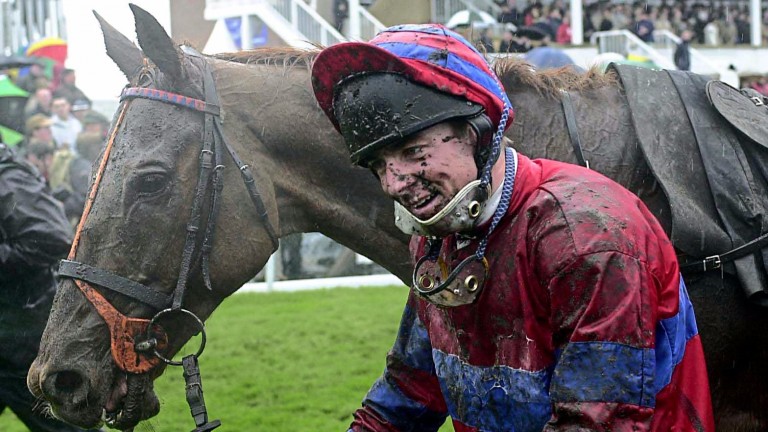 An exhausted Richard Guest and Red Marauder after winning the 2001 Grand National
JOHN GROSSICK
FIRST PUBLISHED 3:53PM, NOV 23 2016
Red Marauder was an important part of my life. After all the years of hard work and sacrifice he made it all worthwhile