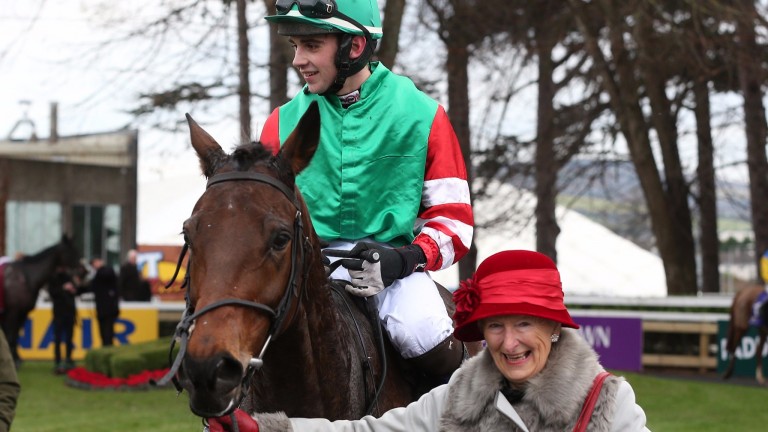 Conor Brassil: faces up to six weeks on the sidelines after suffering lung and rib injuries
CAROLINE NORRIS
1 of 1
By Brian Sheerin 6:07PM, JAN 2 2017

Conor Brassil is set for a spell on the sidelines after breaking three ribs and suffering a collapsed lung following a fall aboard the Sandra Hughes-trained Back Before Dawn at Fairyhouse on Sunday.

The 22-year-old, who has ridden 13 winners this season, recently visited the winner's enclosure aboard Courtncatcher in the Martinstown Opportunity Handicap Chase at the Leopardstown Christmas Festival but will see his progress halted for up to six weeks.

Chief medical officer of the Turf Club, Adrian McGoldrick, said: "I spoke to Conor on Monday and he was in a lot of pain.

"It has been confirmed that he has broken ribs and a collapsed lung. The normal length of time needed to recover from that injury is four to six weeks."

Cheltenham festival-winning jockey Andrew Lynch remains sidelined with a fractured humerus he sustained in a fall at Cork in August last year and it remains unclear as to when he is expected to return.

Martin Ferris, who suffered a fractured tibia and fibula in a fall at Galway last October, is not expected to be back race riding for at least another two to three months.

Meanwhile, Mark Walsh and Sean McDermott have concussion tests on Friday and are expected to be cleared to ride at the weekend.

FIRST PUBLISHED 4:26PM, JAN 2 2017
It has been confirmed that he has broken ribs and a collapsed lung. The normal length of time needed to recover from that injury is four to six weeks