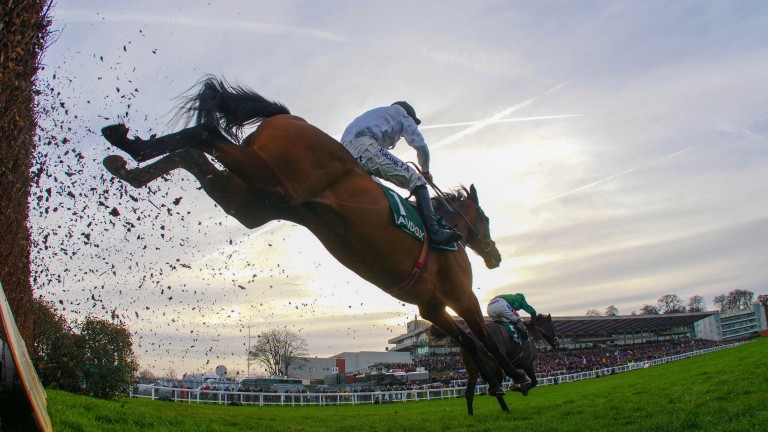 This is the first Cheltenham Festival since it became mandatory in Britain for wind surgery to be notified by trainers and included on racecards, and there are two such runners on the opening day with another among the final declarations for Wednesday.

Brain Power, already reported to have had a wind op since his latest outing, is set to be the first to race at the festival with a 'W' next to his name on the racecard when he lines up in the Racing Post Arkle. He has not run since falling in the Clarence House Chase at Ascot in January.

In the following race, the Ultima Handicap Chase, Colin Tizzard has declared that Sizing Codelco is having his first run since wind surgery, while on Wednesday stablemate Royal Vacation has a 'W' on the Coral Cup card.

It will be up to punters what they make of this information, although it may be worth noting the last winner of the 2017 festival, Rock The World in the Grand Annual Chase, had wind surgery before returning from a five-month layoff to score at 10-1.

First-time equipment changes to note on the opening day are Mengli Khan, Slate House and Dame Rose (all in the Sky Bet Supreme Novices' Hurdle), Shantou Flyer and Eamon An Cnoic (Ultima), Faugheen in the Unibet Champion Hurdle and Clondaw Cian, Jury Duty and Robin Of Locksley (National Hunt Chase).

Johnston blasts wind ops move as 'tragedy for the industry'

FIRST PUBLISHED 6:00PM, MAR 12 2018
The last winner of the 2017 festival, Rock The World in the Grand Annual, had wind surgery before returning from a five-month layoff to score at 10-1

'He's ready to win if things go right' - trainers on the opening TV handicap Can we trust the Coventry form? Graeme Rodway gives his view on Berkshire Shadow New measures can ensure they are all well looked after