Big-Race Reports BACK WITH A BANG 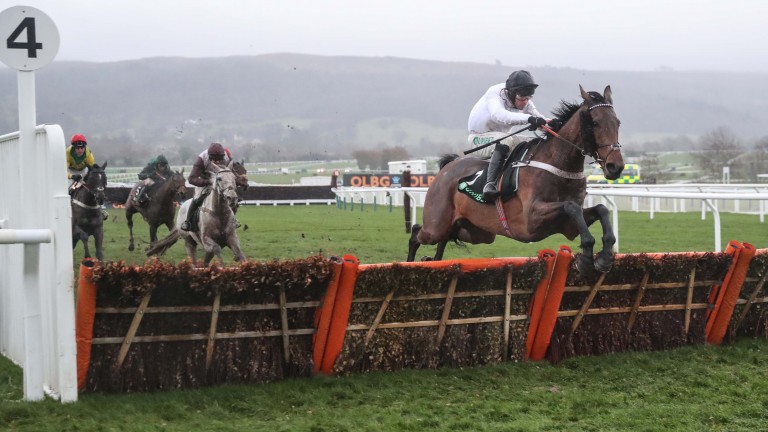 Brain Power is way out in front at the final flight in the International Hurdle
John Grossick
1 of 1
By Lee Mottershead UPDATED 5:18PM, DEC 15 2018

First Buveur D'Air, now Brain Power. When Nicky Henderson brings a talented chaser back over hurdles you have to take notice – although on this occasion the wise decision was taken not by the champion trainer but an inspired owner.

If Henderson had been given free rein Brain Power would have run last Sunday in the Peterborough Chase. Nobody knows how he would have fared, but a record of two falls and one unseat in six starts over fences made for worrying reading.

Chief worrier was owner Michael Buckley, who insisted on returning his extremely smart seven-year-old to a job at which he once excelled. In what looked a wide-open Unibet International Hurdle, Brain Power excelled once again. 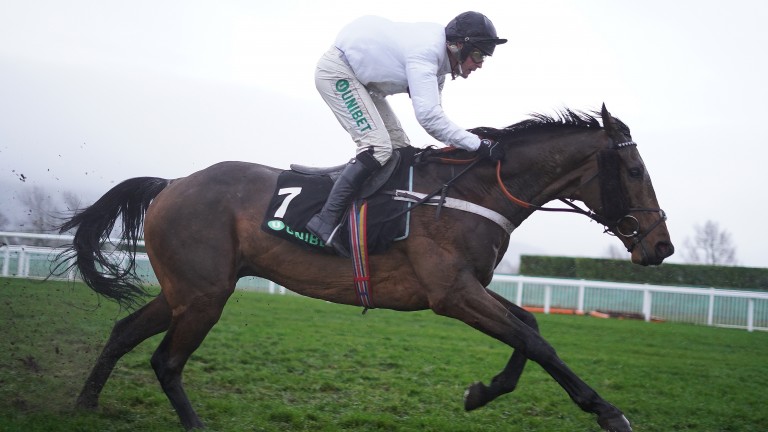 In the absence of Laurina bookmakers bet 4-1 the field. Anyone with a 7-1 voucher about Brain Power was happy turning for home, at which point Nico de Boinville sat motionless, and even happier as last season's Racing Post Arkle Trophy second powered clear before the final flight. Through the closing stages the winner idled but placegetters Silver Streak and Western Ryder were still beaten with authority.

You can get 25-1 about Brain Power capturing the Unibet Champion Hurdle, in which two years ago he finished eighth to Buveur D'Air, himself switched back to hurdles that season after two novice chase wins.

"All credit to Michael," said Henderson. "He said last weekend: 'I want to go back over hurdles and that's that.' I was dying to run him in the Peterborough Chase wearing cheekpieces, although I'm the first to admit he isn't convincing over fences. He has a stack of ability, though, as he has just showed.

"I would be pretty sure he'll be running in the Champion Hurdle but you'll have to ask the owner as this was totally his idea. Michael was dead right to tell me what to do."

"I just didn't think the horse was happy over fences – but you saw how happy he was today," explained Buckley. "Nicky and I had a different view but thank goodness it worked out. I guess we'll go to the Champion Hurdle – and at least that will give Mr De Boinville a ride in the race." 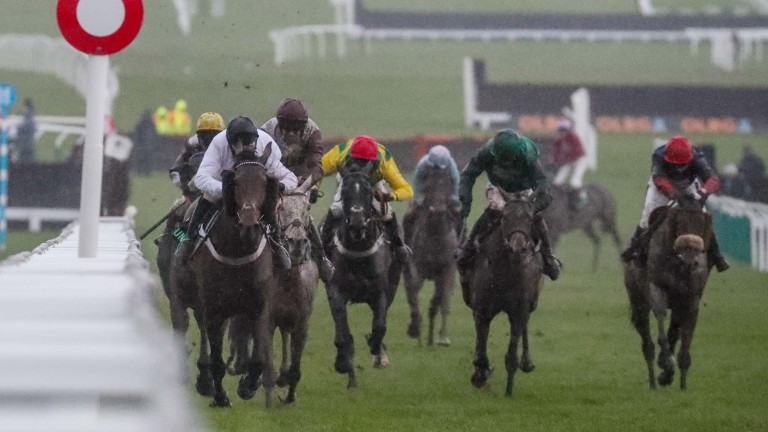 "I've never won a Champion Hurdle – but I'd like to give it a stab," said the rider. "He felt great today. He slightly lost his way over fences but I think he has found it again. It's great to see him enjoying himself. He has some engine."

The engine of last season's Supreme Novices' Hurdle winner Summerville Boy does not appear to be working as well as it used to. He finished a distant last, but much better efforts were posted by the second and third.

"He might not win a Champion Hurdle but he could get a place," said Evan Williams of Silver Streak, while Western Ryder's trainer Warren Greatrex said: "I couldn’t be happier. He’s getting better and better with every run. He proved we were right to run in this race."

That last sentence could equally have been said by Buckley, a man evidently blessed with considerable brain power.

FIRST PUBLISHED 3:27PM, DEC 15 2018
Nicky and I had a different view but thank goodness it worked out. I guess we'll go to the Champion Hurdle

'I'm sure Champ is a Gold Cup horse - but we might have another one as well' 'He's one of the most exciting prospects we've had for a long time' 'The Tingle Creek is the first aim and the hope is that he's our next superstar' What's on this week: Cheltenham returns before Derby favourite runs at Doncaster 'It's a meeting I've always liked' - Elliott to send strong squad to Cheltenham There's a buzz about the Flat in this jumps heartland - just ask Nicky Henderson