News from the stable 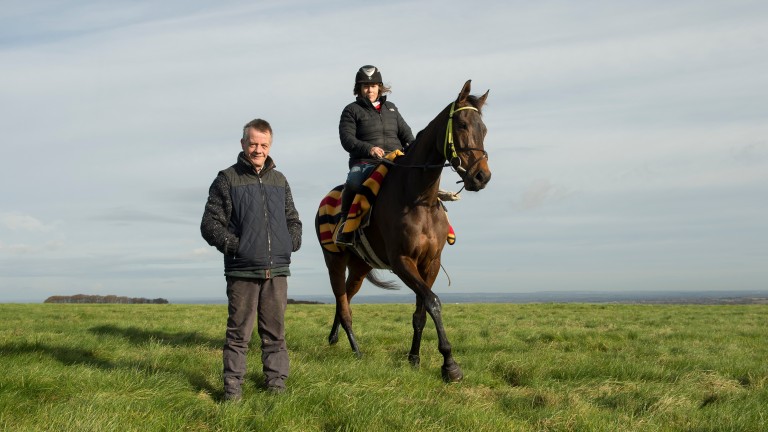 For almost four decades arch pessimist Captain Tim Forster’s name was over the door at Old Manor Stables in Letcombe Bassett but the racing family Bradstock – trainer Mark and wife Sara – now reside in part of the old stable block in the yard and optimism is definitely the order of the day.

On Saturday their equine flagship Coneygree begins his comeback trail in the Betfair Chase at Haydock this weekend with a pot of £1 million at the end of a journey that could take him to Kempton at Christmas for the King George and then jumping’s ultimate prize – the Timico Cheltenham Gold Cup – in March.

It’s a tall order whichever way you look at it but Bradstock says: “If he happened to win on Saturday and then went on to win the Gold Cup and I had not put him in the King George – I would look a bit of a fool and lots more.”

Bradstock may try and shy away from interviews and publicity but he knows his horses inside out and says: “They are not just our livelihoods, they become part of the family and Max [Coneygree’s nickname in the yard]# looks really well even though he has not run for over a year.

“He is never going to blow you away on the gallops – there is no wow! factor about him but you try and keep up with him. He goes a truly great gallop in his work and in his races, he’s a ridiculously long-legged beast and very deceptive.”

But Max is picky about the company he keeps and as he is led out for a walk around the picturesque Oxfordshire countryside by the trainer’s wife, he remarks: “He’s pretty cool but he doesn't like me –he nips and it can bloody hurt so Sara does everything with him and they get on famously.”

As the assembled throng files away after a media morning to publicise Saturday's race Bradstock concedes all the hard work is behind the team now and it is up to Max to strut his stuff at Haydock on Saturday.

"We are optimistic and can't wait for him to be back on racecourse duty where he will do himself justice,” says Bradstock, who is sporting a limp.

He explains: “I was riding out and a pheasant went up and the horse I was on went over and ended up on me with the result I have a broken foot which is painful at times but let’s hope it not a case of two old wrecks going to Haydock on Saturday.”

Last Thursday night thieves stripped the lead from the roof of the church that overlooks the Bradstock’s yard and the trainer declares: “The builders are working over there now patching it up. Let’s hope we have done a bit bit better than patch up Max since the hock problem that kept him off for most of last season.”

FIRST PUBLISHED 5:04PM, NOV 14 2016
He's pretty cool but he doesn't like me. He nips and it can bloody hurt so Sara does everything with him