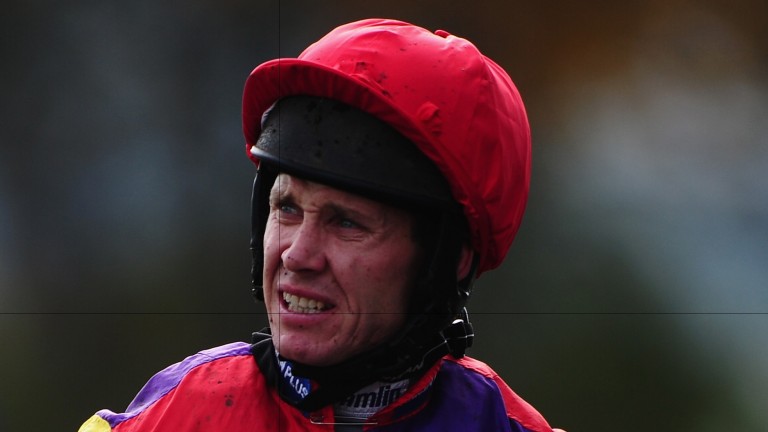 Champion jockey Richard Johnson and Aidan Coleman have emerged as favourites to partner 2015 Cheltenham Gold Cup winner Coneygree on his comeback run in the Grade 1 Betfair Chase at Haydock on Saturday.

With Coneygree's regular partner Nico de Boinville on the sidelines after breaking his arm in a fall at Cheltenham on Saturday, trainer Mark Bradstock is keen to secure the services of either Johnson or Coleman for the first leg of Jockey Club Racecourses' £1 million chase triple crown.

He said: "It's absolutely tragic luck for Nico to have to miss the ride as he's done an awful lot of work with the horse on and off the track. There's never a good time for a jockey to break his arm but with the season moving up a gear it couldn't have happened at a worse time.

"Dickie Johnson has won on the horse in the past and it would be nice if he was available to ride him again. He'd be our preferred rider if he's available. I have spoken to his agent Dave Roberts, who has confirmed Dickie would ride if he was able to."

If Johnson is not free to partner Coneygree, Coleman could come in for the ride. Bradstock said: "I think Aidan would be next on the list if he was available. He's riding better than ever this season and we wouldn't be disappointed if he rode.

"I'm not expecting to sort this out overnight as we'll have to wait and see how everything pans out jockey-wise. But one thing I do know is that Coneygree is very well and whoever rides him will not be disappointed."

Coneygree has not been seen on racecourse duty since a smooth success in a Listed chase at Sandown just over a year ago. He sustained a hock injury afterwards and Bradstock ruled him out for the remainder of the season.

De Boinville was due to have an operation on his arm on Sunday, having been injured when unseated from Le Reve in the BetVictor Handicap Chase.

FIRST PUBLISHED 3:53PM, NOV 13 2016
Dickie Johnson has won on the horse in the past and it would be nice if he was available