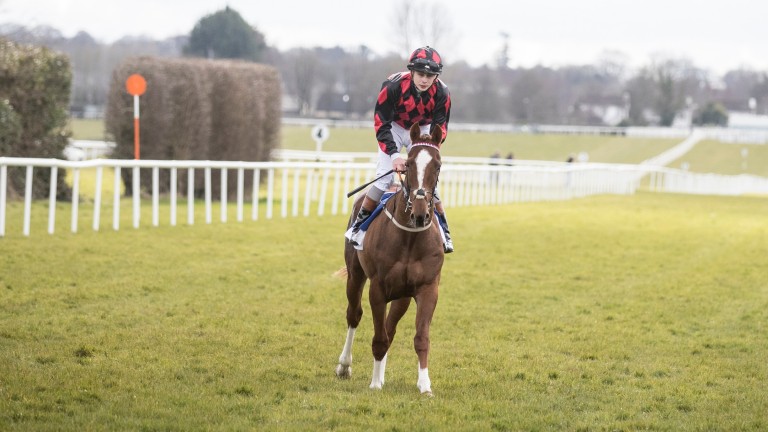 Foolaad has notched a remarkable seven handicap wins from his last nine outings and is bidding to continue his hot streak in the £25,000 sprint handicap at Pontefract (3.10).

All but one of the successes have come on the sand and the seven-year-old has climbed 33lb in the ratings since the winning run began at Newcastle in March last year.

“All my horses are running well at the moment and we’ve not been doing anything different with this one,” said trainer Roy Bowring.

“He's struggled in the past with injuries, including a chipped bone and a cracked cannonbone, and he’s showing now what he can do.

“He's gone up a lot in the weights and I'm not sure whether he'll be able to do it off a higher mark on the turf. But my horses usually run well at Pontefract and we're there to give it our best shot.

“He's been drawn in the middle of the pack and that should be fine as long as we get away on good terms.” 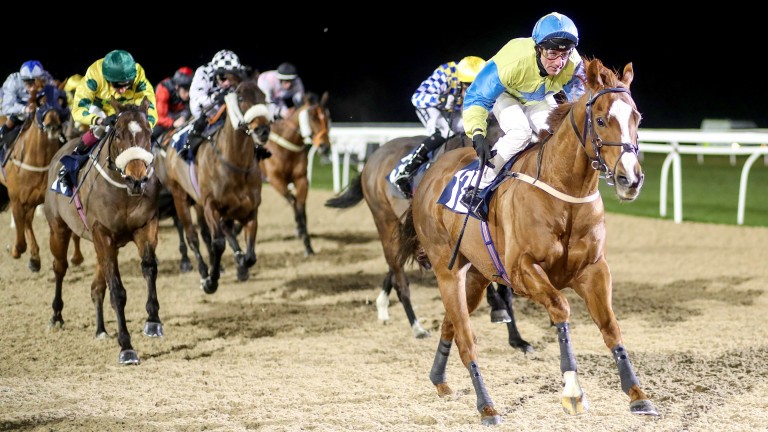 One of Foolaad’s rivals is Zylan, who is bidding for a hat-trick after victories on the all-weather at Southwell. But trainer Roger Fell believes the handicapper’s work has compromised the six-year-old’s chances.

“I think my horse has been absolutely crucified,” said Fell. “He’s been raised to a rating of 88 for both the all-weather and turf, but all bar one of wins have come on the dirt and surely it would be fairer if he had a lower mark for the turf.

“If there was a race at Southwell for him, the horse wouldn’t be coming to Pontefract.”

Cam Hardie has been booked to partner Zylan, with regular rider Ben Sanderson unable to do the weight.

Can Black Op colours to buckle on another success?

Black Op’s victory at Aintree was one of the highlights of the season for Tom George and the trainer is hopeful of a bold show when the same colours are carried by Some Buckle in the most valuable event on the Newton Abbot card.

The nine-year-old, owned by Roger Brookhouse, is returning to action in the 2m5f handicap chase (2.30) after being sidelined for 373 days.

“He’s had a few little niggling problems and has spent some time at his owner’s to get over it,” said George. “He’s a talented horse and he’s in good form, but he wouldn’t want the ground to be too soft.”

Pride Of Pimlico a 'real racehorse'

Pride Of Pimlico belied his 20-1 starting price when making all to land the first two-year-old race of the Irish season at Naas last month and trainer Brendan Duke is expecting a big run in 5f two-year-olds race (4.25) at Navan.

Duke said on Sunday: "Pride Of Pimlico is a real racehorse. I think he's improved plenty since his Naas win. He's going to take all the beating."

Duke's colt has to concede 5lb to his four rivals, who include the Aidan O'Brien-trained Sergei Prokofiev, who was beaten a short head on his debut at Dundalk, and Patrick Prendergast's Sunday Spark, who ran second on his debut at Naas.

Sors back on song for Slattery

Trainer Andy Slattery and his 16-year-old son Andrew combined to land a 5f handicap over Monday's course 16 days ago and will now be hoping for more from the six-year-old over a slightly longer trip in the 5½f handicap (5.30) at Navan..

A six-time winner, Sors was below his best last season, but his trainer believes he has the six-year-old back on song.

He said: "He wasn't right last year but he came on nicely from his first run of the season to win last time. He's going back there in good form and, while I think a 7lb rise in the ratings is a bit steep, I'm sure he'll run his race."

FIRST PUBLISHED 6:00PM, APR 22 2018
Pride Of Pimlico is a real racehorse. I think he has improved plenty since his Naas win. He's going to take all the beating