Boudot heads into new year with hope and determination 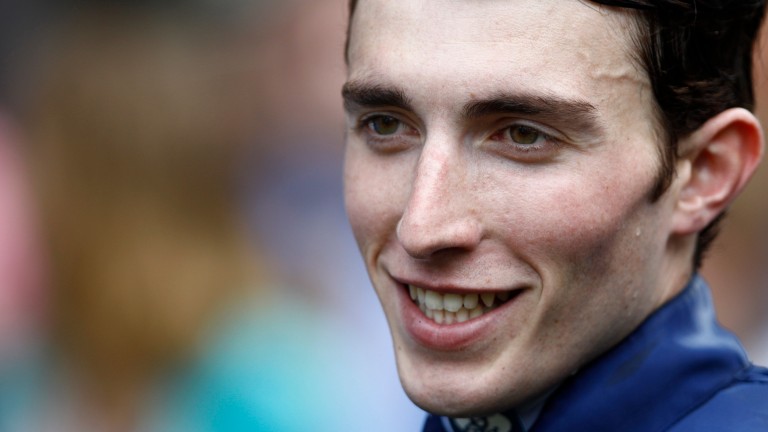 Less than a fortnight after setting a new landmark of 301 winners in a season, Pierre-Charles Boudot is already looking to new horizons for the year ahead.

The 24-year-old shattered Christophe Soumillon's national record of 228 wins in a season before going on to surge past Peter Schiergen's European benchmark of 273 wins in a remarkable 2016 campaign.

"I'll continue to work the same way as I have in recent years," said Boudot on Wednesday – a rare day off – having opened his account for 2017 aboard Filante for Francis Graffard at Pornichet on Tuesday evening.

"I'll stay in France and attempt to keep up a decent pace, albeit not quite as flat out as at the end of last year. I'll continue to travel around as well as riding at the Cagnes winter meeting, and back in Chantilly when there's racing there."

Soumillon rides at Meydan on Thursday on the opening night of the Dubai World Cup Carnival but has already committed himself to spending more of the winter in France in order to give himself a chance of wresting back the Cravache d'Or, a title he shared with Boudot in 2015.

Boudot said: "I'll continue to work away in my usual fashion and, if defending my title looks realistic at the halfway point, then I’ll go for it. I'll be doing my best to ride as many winners as I can either way."

One of the most encouraging aspects of the coming season from Boudot's perspective is the number of good two-year-olds he rode towards the end of last year, including the winners of the Prix Jean-Luc Lagardere and Criterium de Saiint Cloud.

"I can’t wait to see them out again and the bonus for me is they're likely to pursue their three-year-old careers over different trips, given National Defense is a real miler while Waldgeist has more stamina," said Boudot.

A mark of Boudot's standing with his boss is that he rode 38 winners for Andre Fabre last year despite not being the contracted rider for such important owners as Godolphin (Mickael Barzalona), Khalid Abdullah (Vincent Cheminaud) and the Wertheimers (Maxime Guyon).

Although no guarantees exist as to who will ride them in the future, here are three promising newcomers who benefited from the champion's touch on their only start in 2016

Aim True (Sheikh Mohammed Al Thani)
Boudot had to wait pretty late in the day before finding daylight aboard this son of Galileo, who nonetheless pulled nicely clear over nine furlongs on the Chantilly Polytrack in November

FIRST PUBLISHED 5:34PM, JAN 4 2017
I can’t wait to see them out again and the bonus for me is they are likely to pursue their three-year-old careers over different trips