Botti is keen to put his Mouth where the money is 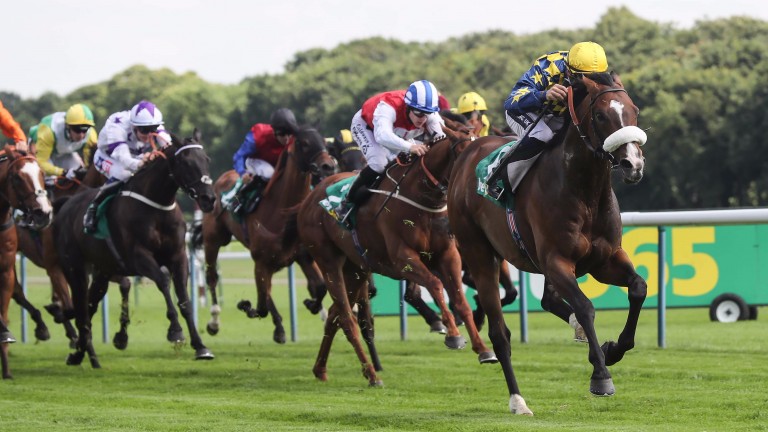 Dylan Mouth could be set for a lucrative transatlantic campaign after his dramatic return to form last weekend.

The three-time Group 1 winner in Italy dropped to handicap company and defied top-weight and a BHA rating of 104 to land the Old Newton Cup at Haydock on Saturday.

Trainer Marco Botti said: "He's in the July sales but I hope he's going to be withdrawn, I think the owner is keener to carry on.

"The American St Leger could be an option and the Canadian International in October could be another race to consider.

"I'd say he is good enough for them, he's gone up to 110 again and he should have a chance in both races."

The American St Leger is run over 1m5½f on the Arlington Million card in Chicago on August 12 and Botti won it with Jakkalberry in 2012 and Dandino the following year.

Dylan Mouth, who ran in the King George VI And Queen Elizabeth Stakes in 2015 when trained by Botti's brother Stefan, started at 25-1 at Haydock, having failed to show his best form in three previous runs in Britain this year.

"I was surprised that the betting didn't really consider him," the trainer said. "I know it was Italian form but he was a Group 1 winner.

"He had been unlucky in a few races and had been running a bit keen, but last Saturday everything dropped his way and he showed the ability he has always had."