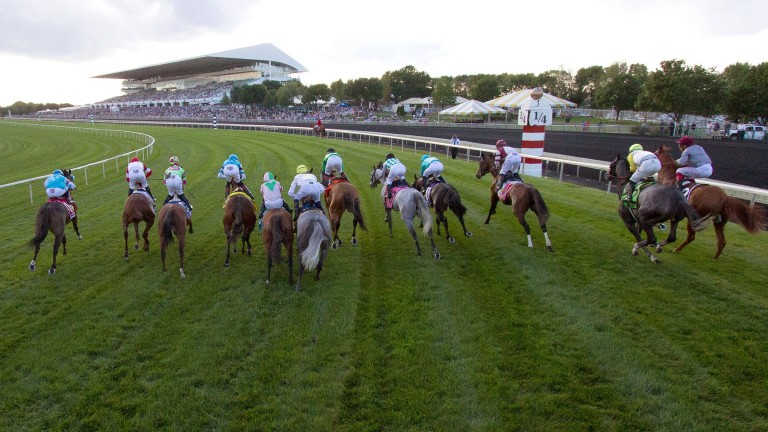 Marco Botti was delighted with Fanciful Angel's second in Saturday's Arlington Million and admitted even he had doubted whether the horse was up to the task.

The Newmarket trainer had been optimistic that the ten-furlong trip in Chicago, where the horse could race with the help of Lasix, would bring out the best in Fanciful Angel but was taken by surprise when the five-year-old was beaten only half a length by Beach Patrol, with the experienced Deauville in third.

Botti paid tribute to the 73-1 chance's owners, Touch Gold Racing, who had been eager to take their chance and said: "Before the race it looked really tough and even though I thought the American conditions could suit him, credit goes to his owners, who insisted he should run there.

"They were very keen to take their chance, even after I looked at the form and felt we'd be a big outsider."

Botti was also full of praise for jockey Daniel Muscutt, for whom the race was a first both in the US and at the highest level.

"It was a great ride by Daniel," said Botti. "It was his first ride in America and in a Grade 1, so credit to him because he couldn't have done any more. We couldn't have expected a better result and this was clearly his best performance, so we're thrilled.

"Daniel is a good lad who's doing really well and rides a lot for James Fanshawe too. He's working really hard, so he deserves a day like that and I'm so happy for him. It was a great experience for him and it couldn't have worked out better."

As for Fanciful Angel, Botti will meet with the owners in the coming weeks to finalise plans, but he suggested a Dubai campaign could be likely.

"The plan before had been this race and then to freshen him up for Dubai, where most of the people involved are based, but we'll sit down and talk to see if they have any other thoughts," said Botti.

As well as running Deauville in the Million, Aidan O'Brien had Taj Mahal finish second to Oscar Performance in the Secretariat Stakes, but his other runner, Rain Goddess, could finish only eighth of ten in the Beverly D behind Dacita.

Frankie Dettori's best return from his three rides in the Arlington Grade 1s was a third-placed finish on the Jean-Claude Rouget-trained Afandem in the Secretariat.

FIRST PUBLISHED 2:37PM, AUG 13 2017
The owners were very keen to take their chance, even after I looked at the form and felt we would be a big outsider