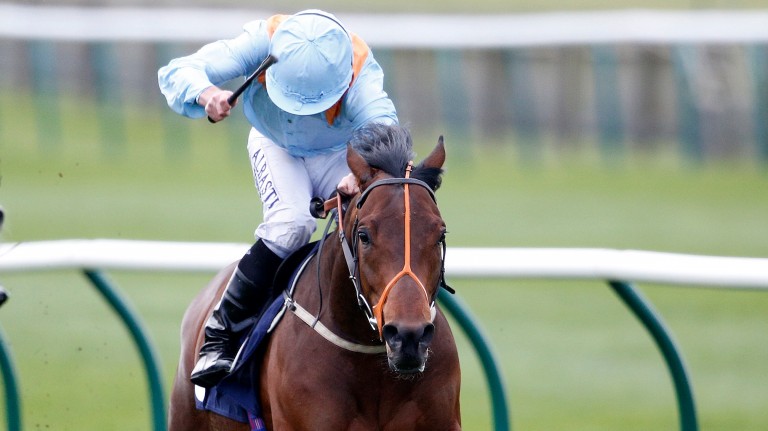 Marco Botti is saddened but unsurprised at the downgrading of three of Italy's four Group 1 races – despite being a beneficiary of the parlous state of racing in his native country.

The move was announced on Wednesday as part of changes to the European Pattern.

While the health of the sport in Italy is bad news for Botti's brother Stefano, who trains alongside their father Alduino and is reigning champion, it is encouraging owners to switch their better horses to Newmarket.

Botti, from a family steeped in racing, was reacting to the news that the 1m Premio Vittorio di Capua, 1m4f Gran Premio del Jockey Club and 1m2f Premio Roma-GBI Racing had been demoted to Group 2, leaving the 1m2f Premio Lydia Tesio, for fillies and mares only, as Italy's sole remaining Group 1.

He said: "It was not unexpected. Looking at the form of last year's Group 1 races we could see it coming. If Italy doesn't attract Group 1 horses to its Group 1 races then they are forced to downgrade, and the slow payment situation hasn't helped."

Botti trains Dylan Mouth, who won all three of the downgraded Group 1s for his brother before moving to Newmarket, and he has acquired several others in similar circumstances.

He said: "My brother and father have a very powerful yard. It's still the best yard in Italy and they have probably 150 horses in training.

"Stefano isn't at the moment planning to leave Italy, but he's looking to see what is happening with the prize-money, which has been a big concern for everybody, and I've benefited by having a few nice horses come to me."

The trainer continued: "Owners are fed up with the situation and I've been sent horses like Dylan Mouth, Brex Drago, who ran in Dubai two weeks ago, Kyllachy Gala, who was second at Lingfield last week and is going to Dubai, and Poeta Diletto, who won the Italian 2,000 Guineas and is training well for the Winter Derby."

'Things aren't getting any better'

He added: "Stefano knows how difficult it would be to come to England and start again from scratch, but whether he'll send more horses here or look for other options abroad I don't know. But in the short term things aren't getting any better in Italy."

The Italian Group 1s were once a happy hunting ground for the likes of Clive Brittain, Luca Cumani, John Dunlop and Michael Jarvis, but late paying of prize-money has made them less attractive in recent years, although Karl Burke won the Lydia Tesio with Odeliz in 2015 and Richard Hannon landed the Premio Jockey Club at San Siro last year with Ventura Storm.

Hannon said: "Although Ventura Storm was second in the St Leger and entitled to win a Group 1, if we're honest they aren't as competitive as other European Group 1s. On top of that you have the prize-money problem.

"We haven't been paid yet for Ventura Storm, and when we won a nice two-year-old race there I think it took two years to get the money."

Brian Kavanagh, chairman of the European Pattern Committee, hopes the situation, which he described as "extremely unfortunate", is not beyond resolution.

He said: "We intend to engage in conversations with the Italian ministry in order to ascertain how other European nations might be able to help and to offer advice where possible.

"Italy has a lengthy and rich history within horseracing and breeding, and it's a sad loss to see the programme of Group 1s there reduce from seven to one within the space of four years.

"We truly hope this situation turn around in the future and that Italy will as soon as possible respect the 90 days limit for the payment of prize-money.”

A suggestion that the status of the Lydia Tesio status might be under threat has been dismissed, even though none of the last four winners has achieved a Racing Post Rating higher than 107.

France's Prix du Cadran would be under threat of being downgraded from a Group 1 were it purely a matter of ratings, but it is protected until 2022 by the EPC's commitment to ringfence the status of top staying races under the drive to improve and safeguard that sector of the sport.

Richard Hannon has expressed his dismay at news that Epsom's historic Woodcote Stakes is among half a dozen races in the European Pattern to lose their Listed status.

Hannon, who has won two of the three runnings of the June contest since he took over the training licence from his father Richard, said: "I think that's terrible. It's one of the nicest two-year-old races of the year and a good test of a young horse on a very tricky track, and a lot of good horses have gone on to win at Royal Ascot.

"We won it in my first season with Baitha Alga, who went on to win the Norfolk, and Mark Johnston won it the following year with Buratino, who next time won the Coventry and is obviously a very good horse." 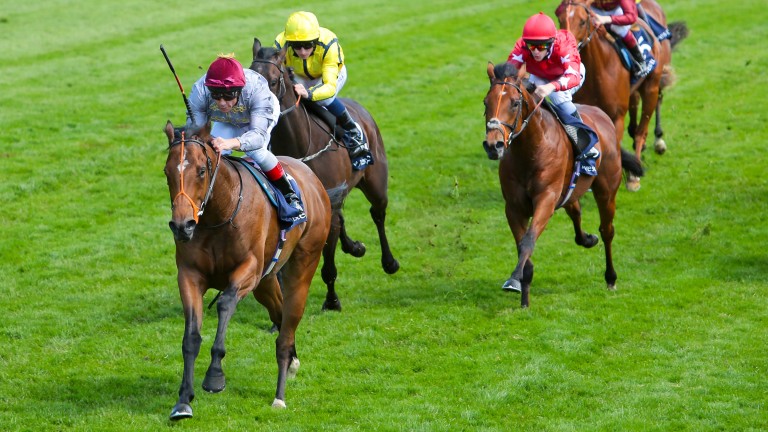 He added: "It's a nice opportunity for the sharper two-year-old, but I smelled a rat when they moved it last year to the Friday.

"It used to be a real good chance for the two-year-old crowd to have a runner on the Derby card, which is pretty one-dimensional now with the Derby and the Coronation Cup plus a mile and a half handicap and a mile and a quarter handicap."

FIRST PUBLISHED 5:21PM, FEB 2 2017
If Italy doesn't attract Group 1 horses to its Group 1 races then they are forced to downgrade, and the slow payment situation hasn't helped