Boss of the banks Bolger double-handed in cross-country test 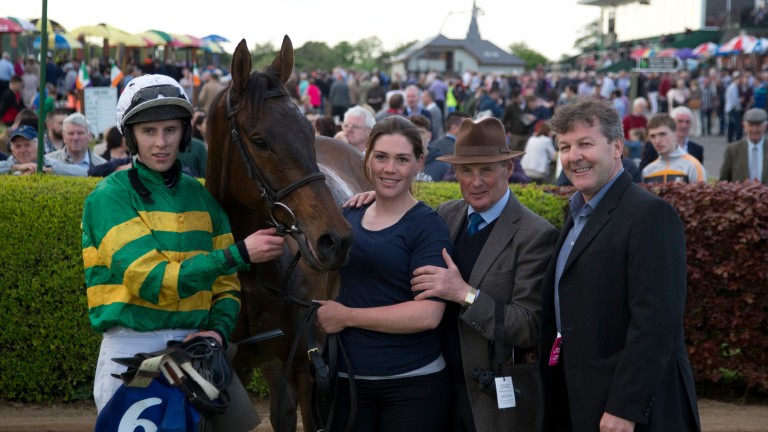 Cantlow made it five from 11 for Enda Bolger in this cross country chase
Patrick McCann
1 of 1
By Brian Sheerin 6:31PM, DEC 8 2016

Racing fans were denied a first glimpse of the spectacle that is the cross-country race at Cheltenham's Open meeting last month, with unseasonably fast ground forcing officials to postpone the race until Festival Trials day in January.

But the warriors of the banks will belatedly turn out on Friday afternoon for what promises to be an informative guide to the festival's cross-country chase.

Cantlow produced a fine effort in last season’s La Touche Cup at the Punchestown festival when second to Quantitativeeasing and he then went on to finish in mid-division in the Galway Plate.

He seemed to relish the intricacies of the banks course when winning the Risk of Thunder Chase at Punchestown last month and had plenty to spare over stablemate Auvergnat.

The Gordon Elliott-trained Bless The Wings made the frame in the cross-country at the festival last season before going down fighting behind Rogue Angel in the Irish Grand National under Ruby Walsh, while Jim Dreaper's Goonyella is another Irish raider.

It has been Irish trainers who have enjoyed the most luck in this race in recent years with seven of the last ten winners hailing from the Emerald Isle.

In the last ten years Enda Bolger has won this race four times. The legendary Spot Thedifference won this race in 2006 and 2007 before Garde Champetre landed the 2009 renewal at odds of 4-6. Bolger came up trumps with Josies Orders 12 months ago.

Gordon Elliott, trainer of Bless The Wings
He has been a great horse for our yard. He ran well in the Troytown last time and he has been very well since that run. He was narrowly beaten in the Irish National last year and he ran a great race in the cross-country race at the Cheltenham festival to make the frame.

Colin Tizzard, trainer of Third Intention
He didn't enjoy going right handed at Ascot last time and gets more left handed as he gets older. He'll have to go both ways here, but it's mainly left and he ran beautifully in fourth behind Josies Orders in the cross country at the festival so the track won't bother him. That was very good form when he won the Old Roan and he's the class horse in the race.

Jim Dreaper, trainer of Goonyella
We are going there hopeful of a good run but the ground may be a bit quick. The cross country races are a good option for these handicap chasers when they climb to a mark where they can no longer get the better of the younger brigade. Goonyella needs to get a little bit more experience into him in this sphere and I am hoping he can improve from his run at Punchestown last time.

Enda Bolger, trainer of Cantlow and Auvergnat
Cantlow won well at Punchestown last time and he is our number one. He has taken really well to cross country racing and we know that he will like the ground. Auvergnat wouldn’t have the same experience as Cantlow and finished behind him at Punchestown the last day. He is improving and we hope he can run well for us as well, but Cantlow looks our number one. I would be happy if either of them were to come home in front.

FIRST PUBLISHED 6:31PM, DEC 8 2016
Cantlow won well at Punchestown last time and he is our number one