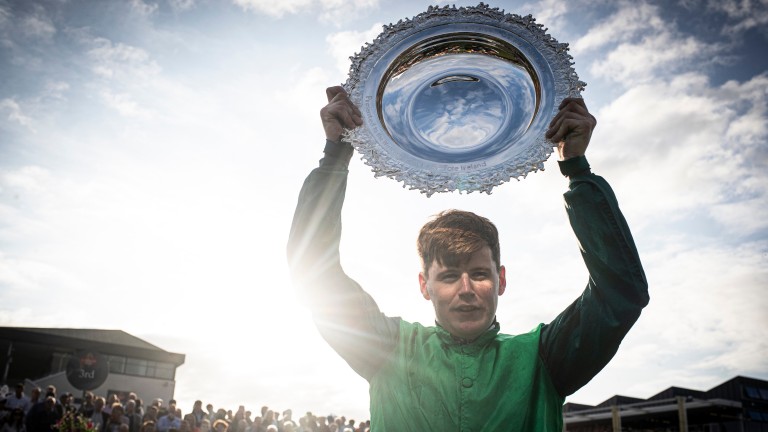 Borice gave Gordon Elliott a third Galway Plate success in four years and jockey Luke Dempsey the biggest win of his career when denying a brave effort by Black Corton and Bryony Frost to grab the first prize of €177,000.

A 9-1 shot and one of five Elliott-trained runners in the historic handicap chase which was first run 150 years ago, Borice prevailed by three and a quarter lengths from Black Corton, who was conceding 22lb to the winner.

Previously successful with Lord Scoundrel in 2016 and Clarcam a year ago, Elliott said: "It’s fantastic to win the Plate again. I’m delighted for Luke. There’s no stronger jockey riding at that weight, (10st-2lb) indeed at any weight. He’s been around the yard a long time, and I’m good friends with his father, Philip, and his mother, Genie, and it was nice for them that Luke won it. 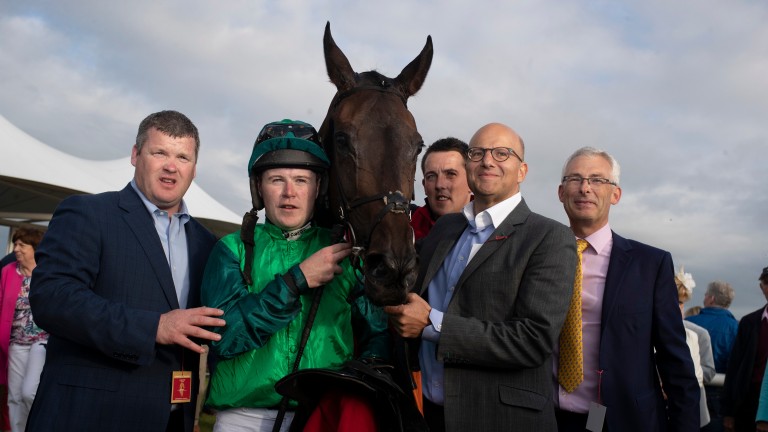 “Borice won three chases and they sent him to me to run in some of the big staying chases. We didn’t have him long when he ran in the Paddy Power at Christmas and the Thyestes in January and we gave him a break before bringing him back to win a couple of hurdle races with the Plate in mind.

“I was a bit worried that the ground might be a bit quick for him but he coped with it well. He might be an Aintree National horse one day, maybe next year, as I think he'll appreciate longer trips than today."

Dempsey, 23, said: "It's brilliant. It's great to ride winners on these big days and I'm very grateful to Gordon and the owners. I'm very lucky. Gordon has been very good to me over the years and it means a lot to repay him with a big win.

"The Plate is a massive race and it's not easy even to get rides in these races. To win this is fantastic – it's what you get up for in the mornings."

Poker Party, who departed the scene at the second fence, galloped on riderless and caused problems for the leaders, especially Black Corton, in the home straight.

Paul Nicholls, trainer of the runner-up, said: "That was some run giving the winner so much weight. It was one of, if not the best, race Black Corton has run.

"He jumped and travelled all the way and ran into a bit of trouble from the loose horse in the closing stages. It was some effort and I’m very proud of him."

The Liam Cusack-trained Snugsborough Benny was a neck back in third place with Peregrine Run half a length away in fourth.

Cusack, said: "I'm delighted with him. He was a bit slow to warm up in the race, but he arrived with a big chance on the last bend and kept staying on. Denis [O'Regan] gave him a brilliant ride."

Pravalaguna fared best of Willie Mullins' team, and the trainer will have to answer questions relating to the withdrawal of Some Neck.

The official reason published for his scratching was recorded as a "clerical error" but the circumstances surrounding it have been referred to the Irish Horseracing Regulatory Board for further investigation.

Pylonthepressure, who was well beaten in the same Susannah Ricci colours, got in as first reserve when Some Neck came out along with Drumcliff.

"I don't know why," Mullins said of the decision to refer the matter. "I am surprised. There was a bit of confusion about the excuse but I'm disappointed that it has come up again. It is a very straightforward thing. Owners put a lot of money into this game and it is a big race. We'll have to see what the outcome of the inquiry is."

FIRST PUBLISHED 7:33PM, JUL 31 2019
It's brilliant for Simon and Isaac, and for Luke who has been around our place for a long time