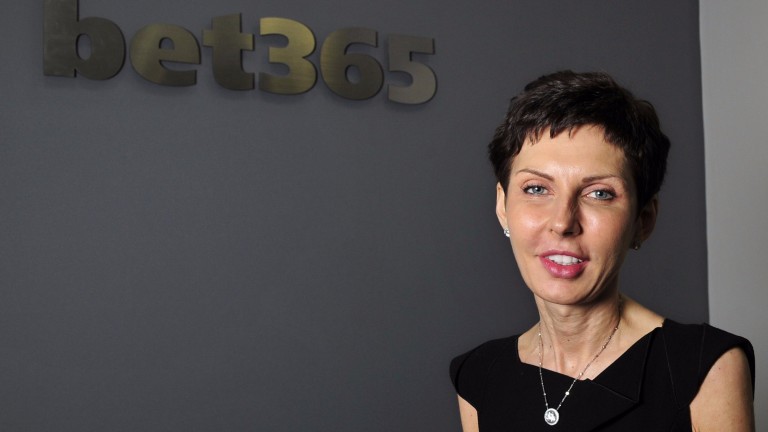 Bet365 have enjoyed another year of significant growth with revenues and profits soaring according to their latest report and financial statements.

The online gambling giant recorded sports and gaming turnover of £2.72 billion in the year to March 25, an increase of 26 per cent, while operating profits rocketed by 33 per cent to £682.2 million.

Denise Coates, joint chief executive of bet365 with brother John, said in her strategic report that features such as Bet Builder and the expansion of early payout for high-profile sports events had helped grow the business, while the number of live sporting events streamed during the period had reached around 160,000.

Amounts wagered on sports increased by 12 per cent, the number of active customers rose by four per cent, while in-play "performed strongly", representing 77 per cent of sports revenue in the period, compared to 72 per cent the previous year.

Mobile delivered revenue growth of 29 per cent "consolidating its position as the most popular medium for sports betting". The company's staffing levels rose to 4,030 from 3,712, while staff costs rose to £646.8m from £490.9m.

Overall, the report said the directors were "pleased with the strength of the financial position" of the company with £1.8bn in cash on the balance sheet.

Analysts at Regulus Partners said: "To put this progress into context, bet365 have added roughly the equivalent of William Hill’s digital business in one year's growth and it is more than double the size of Paddy Power Betfair’s digital business [including Australia] in revenue terms."

With the industry under increasing pressure to tackle the social problems caused by gambling, Coates said the group was "committed to delivering a strategy where all customers can enjoy its range of products and services in a safe, responsible and secure environment".

She outlined a number of research projects bet365 are carrying out to identify customers who may have problems with their gambling and said they would be sharing the outcomes of that research "so that any learning can be disseminated across the industry".

Coates added: "In summary, the group is assured that its efforts will continue to develop an industry leading approach to safer gambling."

Bet365 hold licences in a number of European Union countries and Coates said it was still too early to tell what the implications of Brexit might be.

"As such the directors of the group will have time to adapt as appropriate," she added. "In the meantime, it remains business as usual, albeit the group is making plans for a number of post-Brexit scenarios."

"The group is currently exploring its options, on a state-by-state basis, to benefit from new regulations in the US," Coates added.

The directors paid a total dividend of £90m, while the report said Coates, who was the highest paid boss in Britain last year, was due a payment from the group of £60.1m at the end of the period.

The company made a charitable donation of £75m to the Denise Coates Foundation. The report said: "The size of the donation, and therefore the difference the foundation will be able to make to people's lives over the coming years, are of great importance to the group."

The group also own Stoke City Football Club whose loss during the period increased to £21.9m from £10.2m.

FIRST PUBLISHED 1:57PM, NOV 20 2018
To put this progress into context, bet365 have added roughly the equivalent of William Hill?s digital business in one year's growth