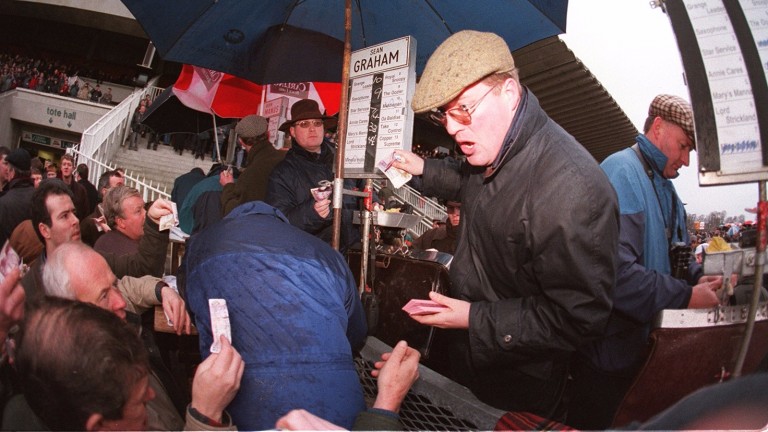 Belfast-based bookmaker Brian Graham has issued a statement outlining the reasons behind his decision to take out an injunction preventing Horse Racing Ireland from implementing proposals designed to revitalise the ailing on-course betting ring.

As was revealed in Thursday’s Racing Post, Graham is challenging changes to pitch rules that were agreed in March last year between the Irish National Bookmakers Association and the Association of Irish Racecourses.

Chief among the prominent layer’s objections is the recommendation that bookmakers would be able to locate their pitches at premium areas on racecourses, away from the traditional confines of the betting ring.

HRI is charged with implementing the agreement, but Graham has been granted a judicial review of the proposals.

“Mr Graham had appealed both the rule change and the way in which it was enacted, using HRI’s internal Pitch Tribunal which in December last year ruled against his appeal,” read a statement issued on Graham’s behalf by legal firm MW Advocate.

“Mr Graham’s application for a judicial review of that decision was granted, and the High Court in Dublin also ordered that the 2016 rules be suspended pending the full judicial review hearing on 28th March.”

Graham added: “We are looking for HRI to implement the rules fairly and impartially, and to recognise the long established seniority rights which my family have acquired over the years.

"Rules were changed in the course of last year in a way which we contend was not transparent and did not facilitate proper engagement with the industry.

“New rules were introduced allowing bookmakers access to ‘premium areas’ within the racecourse which set aside seniority in favour of a rotational system. Such a move erodes our long standing rights and the value of our original investments.”

FIRST PUBLISHED 1:14PM, FEB 10 2017
Rules were changed in the course of last year in a way which we contend was not transparent and did not facilitate proper engagement with the industry