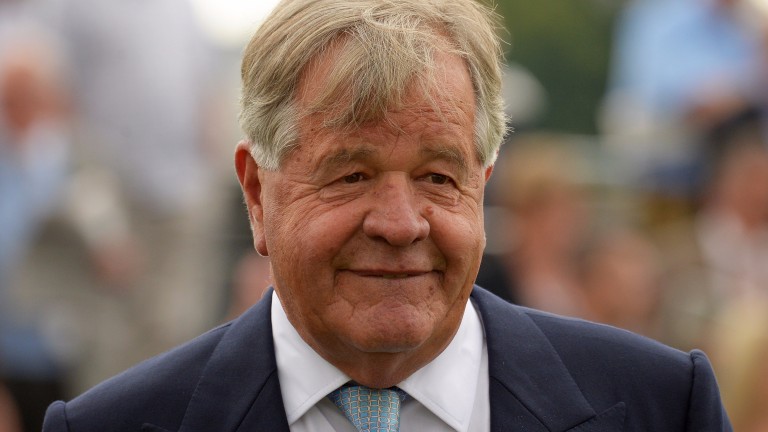 An unforeseen gamble on a Nottingham maiden winner has breathed life into the Investec Derby market for so long dominated by the five-time winner Aidan O’Brien and his Coolmore team.

Betfred Dante entry Crystal Ocean, trained by another five-time winning trainer in Sir Michael Stoute, was halved in price to 16-1 for Epsom success as well as for the Group 2 at York on Thursday within hours on Sunday.

A half-brother to King Edward VII winner Hillstar, the Sea The Stars colt was a top-priced  4-1 second favourite from 7-1 for the Dante on Sunday behind Epsom Derby Trial winner Cracksman.

As many questions as answers on O’Brien contenders have been thrown up from the latest Derby trials at Leopardstown, Chester and Lingfield and uncertainty surrounds the participation of Epsom favourite Churchill.

Crystal Ocean failed to cause a ripple in the Derby market when winning his maiden at Nottingham in April but punters plunged on the Evelyn de Rothschild-owned colt on Sunday.

With his Nottingham rider Ted Durcan recovering from a broken ankle connections have turned to Andrea Atzeni to ride him in the Dante, in which Stoute prepared three of his previous Derby winners.

Atzeni, as surprised as everyone at the gamble, said: “I haven’t sat on Crystal Ocean yet and it's a nice ride to get in a Classic trial.

“He has won a maiden so this will be a big step up in class but Sir Michael knows how to prepare a Derby horse and I have a good record for him so with my team not having a runner in the race I have been lucky enough to get this good ride.”

Atzeni has teamed up with Stoute to win the Gordon Richards at Sandown on Ulysses and Convey in the Winter Derby at Lingfield already this season.

The gamble took bookmakers unawares but Coral's David Stevens said: “Crystal Ocean may have just a Nottingham maiden win to his name at this stage but the money we've seen for the colt today suggests strongly he has what it takes to step up in class at York this week and again at Epsom next month."

Paul Binfield, spokesman for Paddy Power, said: “We’ve seen good money for him in the Dante and Derby. He’s an unexposed horse from a good stable and the form experts were purring over his performance at Nottingham last time.

“Stoute has a good record in the Dante and this horse has been supported by punters looking to make something out of a murky Derby picture.”

Ladbrokes' Nicola McGeady said: "If he wins the Dante well, we reckon he could possibly be the favourite for the Derby.”

"I feel it is a good opportunity to establish a pecking order," said Ferguson. "Not only do we have Epsom coming up, there is Chantilly and Royal Ascot to follow. This is a great chance to see where we stand with all of them."

A band of rain hit York on Saturday night and the ground has changed, with good in places added to the previous good to firm. The rain was good news for Benbatl, who finished third to Eminent in the Craven Stakes at Newmarket last month.

Saeed Bin Suroor said: “The key for him is he needs easy ground. Any rain at York will make a big difference to his chances. He doesn’t like faster ground. When he ran a good third in the Craven the ground wasn’t great for him and the mile and a quarter will be good for him.

“He went nicely in his final piece of work on Saturday but the Dante is always a very tough race with quality horses.”

York clerk of the course Anthea Morshead said: “We had 5mm of rain and the airflow has changed giving a changeable forecast with another band of rain forecast tomorrow with possibly the same amount of rain and then showers on Wednesday.”

There has been only 10mm of rain since the beginning of April and York had been watering overnight to replace lost moisture in the days. Morshead added: “We have suspended watering with this forecast. With the mild winter and racing a week later this year the track is further forward and the turf is in tremendous shape.”

Bin Suroor reported Best Solution “happy and healthy”  on Sunday after his Lingfield Derby Trial win that led to his odds for the Investec Derby being cut to as short as 10-1 from more than double that price, although Coral still go 16-1.

His trainer added: “He didn’t handle the dirt in Dubai and he is a different horse on grass. The mile and a half is the best trip and faster ground would be good for him.”

Of Sir Michael Stoute's five Derby winners, three had their prep race in the Dante.

In the last ten years Stoute has been highly selective in the horses he has sent to the Dante. He has run only seven for two wins, a second and a third.

The three who contested the Dante and then went on to Epsom finished first (Workforce), second (Tartan Bearer) and third (Carlton House).

WHERE STOUTE'S FIVE DERBY WINNERS HAD THEIR PREP 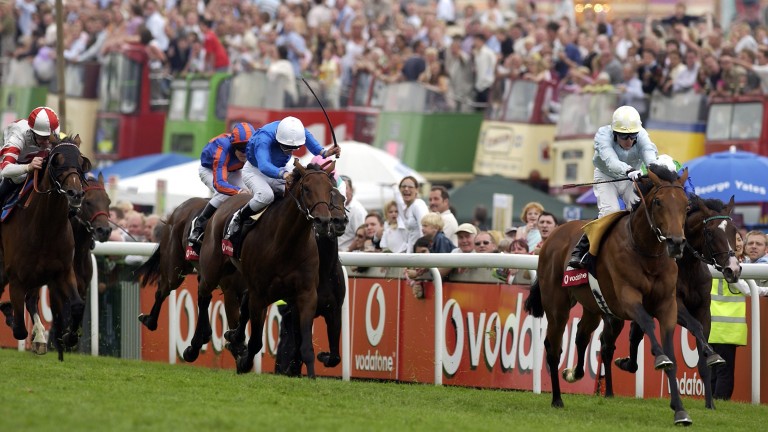 North Light (white): won both the Dante and the Derby
Edward Whitaker

FIRST PUBLISHED 1:30PM, MAY 14 2017
He’s an unexposed horse from a good stable and the form experts were purring over his performance at Nottingham last time

'Life moves on' - Sir Michael Stoute looks forward after his most painful year Moore has been booked on Mother Earth from day one - is it the right choice? Everything you need to know about day three of Royal Ascot on Thursday Can any rivals throw down a challenge to 'enormously exciting' Lady Bowthorpe? Can Love buck the trends for a winning return? Graeme Rodway says it's a big ask Can one-of-a-kind Jim Bolger pull off more Group 1 heroics with Poetic Flare?