Bolger banking on Cantlow and Love Rory for another success 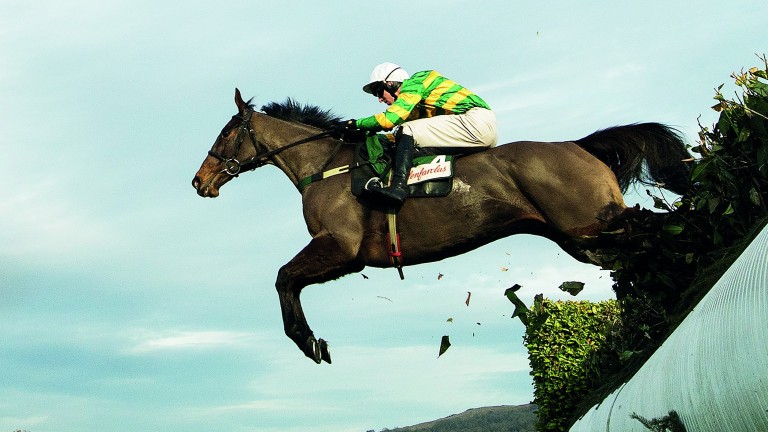 The La Touche Cup has been dominated by Enda Bolger for the best part of two decades and played a major role in the cross-country specialist earning the undisputed crown of ‘king of the banks’.

Bolger has won this race 13 times and trained Risk Of Thunder – who has a fence on the course named after him – for five of his seven wins in the race.

He also capped a memorable riding career by steering that legendary cross-country star to victory in this race in 1999, after which he was carried shoulder high from the Punchestown parade ring to the weighing room.

The Limerick legend bids to continue his fine record in the race on Thursday with Cantlow, who made the frame in the Cross Country Chase at Cheltenham. Cantlow will be joined by Love Rory, who has won three times at Punchestown.

Peter Maher is a local trainer who has made waves in these races in recent seasons and took the opening Fr Sean Breen Memorial Chase with Enniskillen on Tuesday. Maher is doubly represented by Mtada Supreme and Ruben Cotter.

Shay Slevin's Treo Eile was just a length behind Enniskillen in that opening race on Tuesday and connections see no reason not to turn him out again quickly.

Enda Bolger has a playground for horses that is a carbon copy of the Punchestown banks course and his horses are dab hands at negotiating the intricacies of this course. Victory in this year’s La Touche Cup would provide Bolger with a staggering 14th success in the race.

Enda Bolger, trainer of Cantlow and Love Rory
Cantlow will love the ground but carrying 12st 7lb is going to be a bit of a burden. People were cribbing his run at Cheltenham but the form hasn't worked out too bad. Love Rory seems to be in good form as well and he always seems to run well around Punchestown. We thought he was going to run a big race when he ran out in the Ulster National the last day. Both are in good form and all we can ask for is a bit of luck.

Tony Martin, trainer of Buddy Bolero
We have schooled him over the banks and he has taken to it well. He shows us that he likes the nature of the banks, so we're giving him a chance.

Shay Slevin, trainer of Treo Eile
He has come out of the race on Tuesday in fine form and we're taking our chance, so hopefully he'll run well. We'd like a little bit of rain.