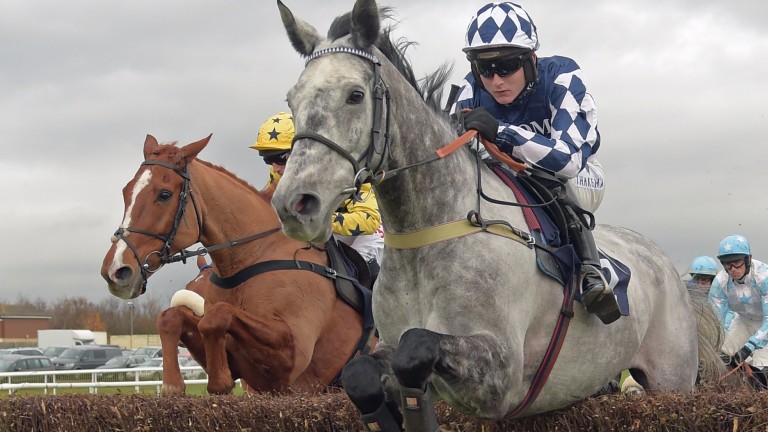 Bigbadjohn has proved popular at the head of the ante-post market, and it’s not difficult to see why.

Six-length conqueror of Our Kaempfer, who went on to win a Kempton handicap chase with great ease at Newbury in November, he then occupied second place behind the mighty Thistlecrack on a return visit to the Berkshire track later that month. He gets into this handicap off 136 and could be well treated.

As ever, though, this looks an ultra-competitive, high-class event with last year’s bold-jumping winner Ziga Boy and the James King-ridden Southfield Royale two others to catch the eye.

Recent trends suggest the winner will be trained in the south of England, with the last six scorers having come from the stables of Alan King, Philip Hobbs, Kim Bailey, Henrietta Knight, Paul Nicholls and David Pipe.

Alan King's eight-year-old, who put up a commanding performance to land this valuable prize 12 months ago, boasts course figures of 311 and clearly loves his trips to Town Moor.

Colin Tizzard, trainer of Third Intention
Once this season he has raced on a left-handed flat track and that is very much what he wants. I have put the blinkers on, which he has worn before, but the big plus is the track.

Paul Nicholls, trainer of Vicente and Caid Du Berlais
Vicente would appreciate another mile, but it’s not easy to find races for him on decent ground. He is handicapped as high as he wants to be, but is not without a chance. If they go a nice gallop and stamina became an issue that would help him. For a Paddy Power Gold Cup winner Caid Du Berlais is quite well handicapped. He won over hurdles at Aintree on decent ground, put a line through Haydock as it was too soft, and he was a little novicey at Ascot, having not run over fences for a while. That would have done him the world of good. Three miles will suit him well and I think he has a good chance if he runs up to his best.

Neil Mulholland, trainer of Southfield Royale
He is as ready as we can get him at home. We haven’t had the most straightforward of preparations, but he has schooled well and we are happy with him. He won twice on testing ground last season, but is a Presenting and his breeding suggests the better ground should suit. We have the likes of the bet365 Gold Cup and Scottish Grand National as possible targets in the spring.

Nicky Richards, trainer of Ballyboker Breeze and Looking Well
Ballyboker Breeze is progressing nicely. I think he wants decent ground so conditions should suit him well. He’s in grand form. I just hope his lack of experience doesn’t count against him in a big field, but we’ve got to dip our toe into a race like this with him being rated 140. He’ll win plenty more races – and hopefully this one. Looking Well is another nice horse. He’s been ready to run for a while and also wants decent ground. Ideally I’d have liked to have got a race into him, but this is the first opportunity for him to get his ground. He’ll run well too.

Alan King, trainer of Ziga Boy
Good ground at Doncaster is just what Ziga Boy wants. He is only 4lb higher than when winning the race 12 months ago so we have no complaints about his handicap mark, but he went there last year on a roll, whereas this winter he has been running okay without setting too many rivers alight.

Warren Greatrex, trainer of Out Sam
I’m sure he has a big race in him. He has been frustrating as he has so much ability but needs to get his lines right. He ran well in cheekpieces at Kempton, but jumped left, which I thought he might do. He won’t mind the ground, is nicely weighted, and he’ll stay every yard.

FIRST PUBLISHED 6:00PM, JAN 27 2017
He's only 4lb higher than when winning the race 12 months ago so we have no complaints about his handicap mark