Bold Sniper back in work for the Queen after lengthy layoff 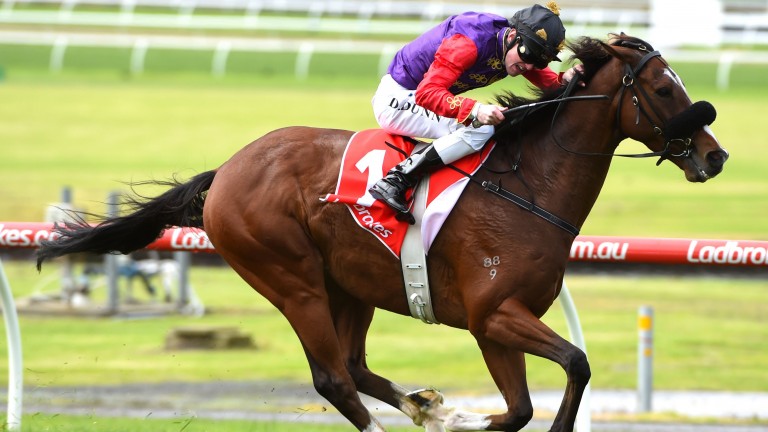 Bold Sniper: two-time winner in Australia back in action
Vince Caligiuri/Getty Images
1 of 1
By Luke Sheehan/racing.com 9:50AM, JUN 20 2018

While she is busy playing host to one of racing's most prestigious weeks at Royal Ascot, the Queen had a horse feature in Wednesday's synthetic trials at Racing.com Park, in Victoria, Australia.

Her only horse in training in Australia, Bold Sniper, featured in the first heat after having last raced in April 2017.

When in training with Sir Michael Stoute, Bold Sniper finished third at Royal Ascot, in the King George V Handicap, and then won at Ascot the following month.

Bold Sniper had an encouraging first trial back at Tatura on June 5, and on Wednesday apprentice Fred Kersley rode him quietly into third over seven furlongs at Pakenham behind Skip Town Mike and Think Alike.

Trainer David Hayes has recounted phone calls with the Queen in regards to her horse's performance in Australia, where the New Approach gelding has won twice.

The Queen is renowned for following her horses around the globe and tuned in to see Call To Mind win the Belmont Gold Cup in New York this month.

FIRST PUBLISHED 9:50AM, JUN 20 2018
David Hayes has recounted various phone calls with the Queen in regards to her horse's performance in Australia