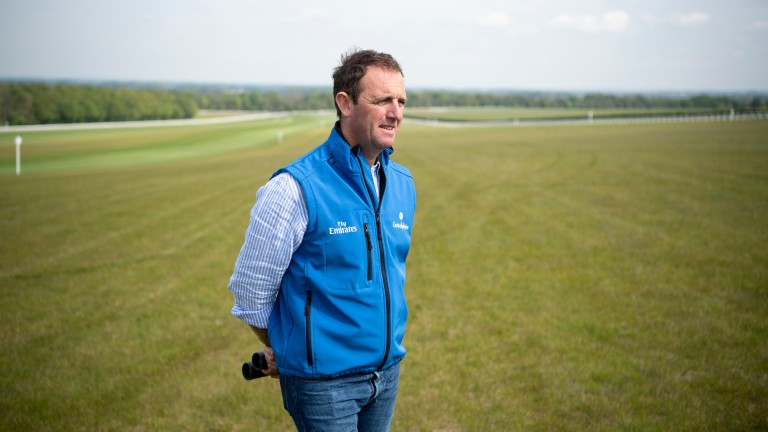 The form of Glorious Journey's recent Listed second at Windsor received a massive boost when his conqueror Dream Of Dreams was just touched off in the Group 1 Diamond Jubilee at Royal Ascot, and Charlie Appleby's colt bids to go one better by registering his first win of the campaign in an open-looking Criterion Stakes.

The son of Dubawi was a big-ticket item when purchased as a yearling for 2.6 million guineas and has registered two victories at Group 3 level in France over the past couple of seasons.

Glorious Journey should have no problem with the undulations of the July course as he won over six furlongs here on his debut two years ago, and a reproduction of his Windsor effort would put him in with a big shout.

Appleby said: "Glorious Journey has shown he can act on the July course in the past and this looks a good opportunity for him. His form from Windsor is strong and he's in good shape." 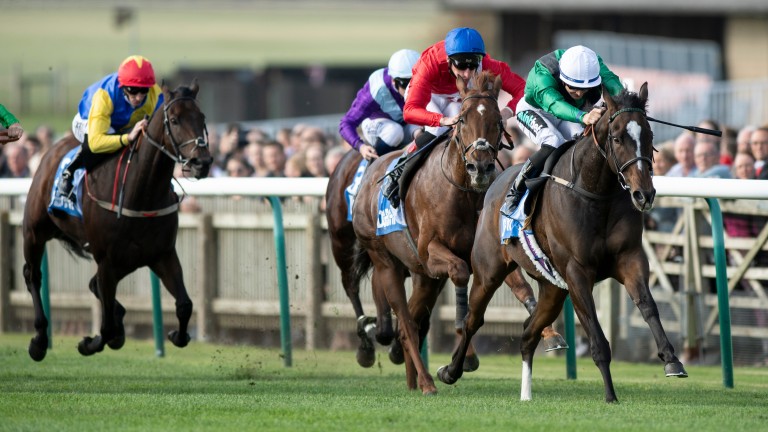 Premio Loco was the last horse to carry a Group 2 penalty to success in this race nine years ago, but Limato looks to end the drought as he is set to carry the 5lb burden on account of his victory in the Challenge Stakes over this trip on the Rowley Mile last October.

Henry Candy's stalwart has scored twice and finished second from just four outings at Newmarket's summer venue, all over six furlongs, which included a victory in the Group 1 July Cup in 2016.

He produced a solid effort on his return from a break when fourth in the Group 2 Duke Of York Stakes last month and skipped Royal Ascot to wait for this.

Trainer Henry Candy said: "It was so wet at the start of Royal Ascot that we thought we'd skip it as he's a top-of-the-ground horse.

"He's never won over seven furlongs on the July course but he has on the Rowley Mile, which is very similar. He's had a nice break since his comeback run at York and goes well fresh. We are hopeful he can overcome his penalty." 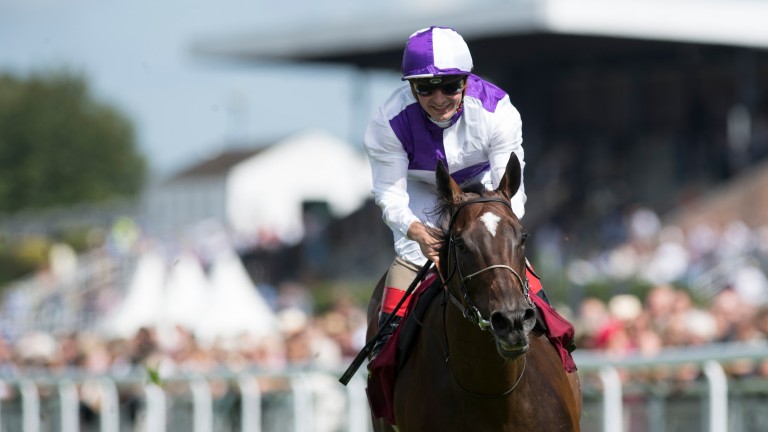 Breton Rock: runs in the Criterion for the third time
Edward Whitaker

Veteran Breton Rock is set for his third outing in this contest, which he won in 2016 and was third a year later for trainer David Simcock.

The nine-year-old didn't run that well at Haydock last time on the soft ground he prefers and, with temperatures are set to hit 32C in West Suffolk this weekend, he may find the ground quick enough.

Charlie Johnston, assistant and son of Mark Johnston, trainer of Cardsharp
The trip, track and ground will be ideal and he could get rolling in front and be hard to peg back. He's got a rating of 110 and is getting 5lb from Limato. He's rated higher than a July Cup winner in the race, yet he has been running in handicaps.

Joe Tuite, trainer of Larchmont Lad
He ran a great race on his reappearance at Leicester and I probably ran him back a bit soon when he was beaten at Haydock last time. He's had a break and we've been happy with him at home. We know he handles the track as he was third in this race last year.

David O’Meara, trainer of Suedois and Salateen
There was no suitable race for Suedois at Royal Ascot as the stiff mile there is too much for him and he finds six furlongs a bit sharp, so this fits nicely into his programme as he is best at seven furlongs or around the bend over a mile. He has come out of his run in the John Of Gaunt really well and this change to fast ground won’t bother him as he goes on anything. Salateen probably has a bit to find but he will like the quick ground.

Richard Hannon, trainer of Tabarrak
He was fourth in the race last year and is entitled to come on for his comeback. Hopefully he can be in the shake-up again.

Big celebrations for Teal last week - and more reasons to smile with Princely Richard Birch believes one side of the track holds the key to the Royal Hunt Cup David O'Meara bemoans prize-money as filly with 'huge future' is sold to Ireland 'The Ebor is very much in our thinking with Makawee' - David O'Meara 'She has an outstanding chance' - Mark Johnston and others on their top hopes To sell or not to sell? Why poor purses are leaving owners with hard choices