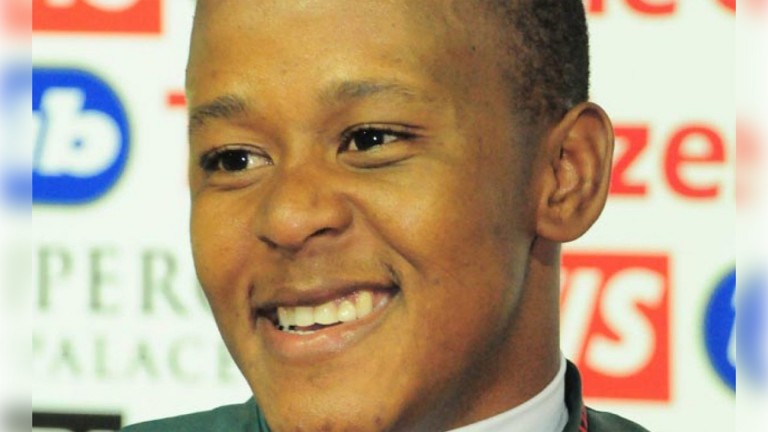 South African rider Muzi Yeni has been banned for three months for attempting to take out his title rival Lyle Hewitson as a hard-fought battle for the country's jockeys' championship reached its peak.

At a hearing in Johannesburg on Thursday Yeni was charged with intimidating and interfering with Hewitson when "he took his hand off his left-side rein and placed it on Hewitson's arm" during a 1m2f handicap at Greyville on July 27, four days before the end of the season.

Andrew Harrison, racing editor of South African website Gold Circle, wrote: "The two came together repeatedly during the running of the race with the stipendiary stewards taking a dim view of some unprofessional riding by both jockeys. Yeni appeared to elbow Hewitson, who retaliated by forcing Mr Greenlight back in behind horses."

Watch: the incident occurs at one minute 14 seconds

Yeni has indicated he will appeal and in a televised interview on the final day of the season – when Hewitson landed a treble to clinch the title by 219 winners to 215 – he claimed the champion received unduly favourable treatment.

Yeni, who had hoped to become only the second black jockey to win the championship, said: "I find it very much an injustice in the whole system in the championship. Lyle was served a two-week suspension in April and they prolonged it until after the end of the season. I thought that was very unfair on me.

"They call this country the rainbow nation but there is no fairness. I was forced to stand down when I was 12 winners ahead. So how come he can ride?"

The National Horseracing Authority announced it would inquire into Yeni's comments but came under attack for doing so and for sticking with a system that allowed Hewitson to put off a suspension until the start of the new season. Yeni would have won the title had Hewitson been obliged to serve the ban.

Hewitson, 21, who has accepted a contract to ride in Hong Kong, was winning a second title. Last season he became the first apprentice to win the championship since Michael Roberts. Yeni, 32, was also runner-up last season.

FIRST PUBLISHED 12:45PM, AUG 9 2019
Yeni appeared to elbow Hewitson, who retaliated by forcing Mr Greenlight back in behind horses