Bob Olinger ruled out of Champion Novice Hurdle after coughing 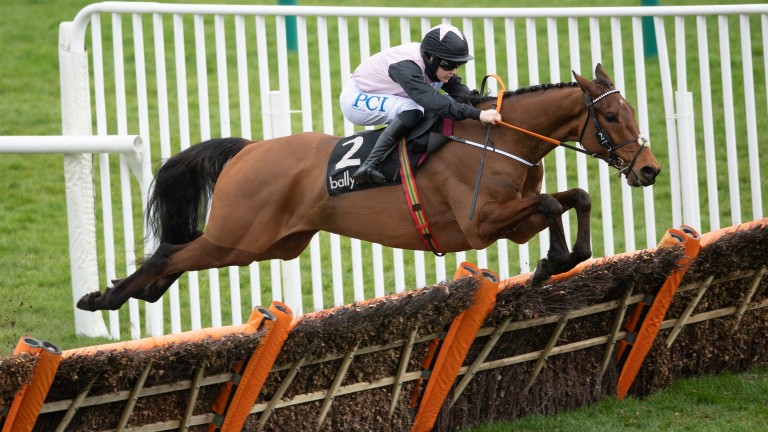 Hot favourite Bob Olinger has been ruled out of today's Champion Novice Hurdle at Punchestown after coughing this morning.

The six-year-old was the general 4-7 favourite to fololow up his dominant win in the Ballymore Novices' Hurdle at Cheltenham and uphold the form with second favourite Gaillard Du Mesnil.

Gaillard Du Mesnil had been well supported this morning prior to Bob Olinger's defection and is now the general 4-11 favourite for the Grade 1, ahead of Ashdale Bob at 5-1.

Henry de Bromhead told the Racing Post: "Bob Olinger gave a little cough this morning and we just weren’t 100 per cent happy with him so we said we better err on the side of caution. It’s just one of those things. He’s had a fantastic season and he’s one we’re very much looking forward to next season."

On Honeysuckle, he added: "Honeysuckle definitely runs. She’s flying and we’re looking forward to the race.’’

Honeysuckle is the general 4-5 favourite to maintain her unbeaten record in the Paddy Power Champion Hurdle but several of her rivals are being quietly supported.

Goshen, who spoiled his chance in Champion Hurdle at Cheltenham by hanging, is into 10-1 (from 11), while the Willie Mullins-trained Sharjah has been clipped into 8-1 by the sponsors.

Goshen and the other British challenger Epatante could be in line for a €100,000 bonus should either of them manage to upset the home favourites this afternoon.

Paddy Power spokesman Paul Binfield said: "According to the betting Epatante looks to have the best chance of scooping Paddy’s €100,000 bonus for a UK-trained horse to win the Paddy Power Champion Hurdle.

"It is the biggest 'pot' for a hurdle in Ireland combining the winning prize-money and the bonus, but so far punters seem to be getting behind the other British combatant, Goshen, who hung right-handed in Cheltenham’s Champion Hurdle but should be well suited by Punchestown."

The ground at Punchestown is yielding, good to yielding in places ahead of the fourth day of the Punchestown festival.

4.15 Punchestown: talented Asterion Forlonge out to stamp his class on €80,000 handicap chase

5.25 Punchestown: superstar Honeysuckle out to cap perfect season with another Grade 1 masterclass

6.35 Punchestown: Billaway's the best horse in the race but will the busy season take its toll?