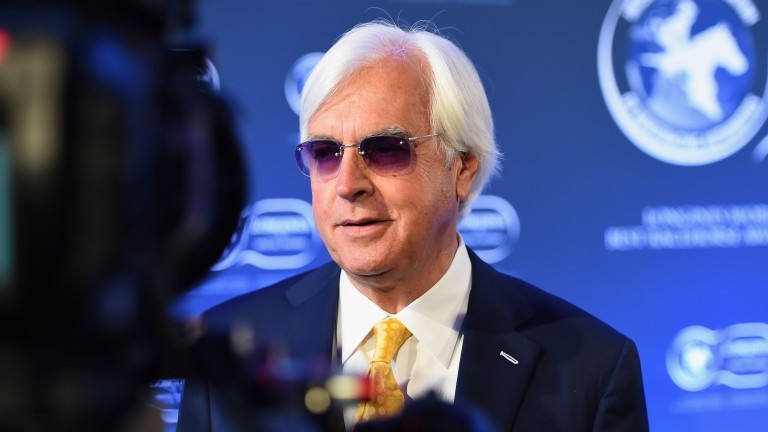 The second leg of the US Triple Crown will do well to match the drama of the Kentucky Derby, but history could be made as Bob Baffert bids for a record-breaking eighth victory with favourite Improbable.

Maximum Security was sensationally stripped of the Churchill Downs showstopper this month, with Country House promoted to first place, but neither are in action 13 days later in a race won last year by subsequent Triple Crown hero Justify in the white and green silks of WinStar Farm LLC.

Those colours will be sported again by Mike Smith aboard Improbable, also part-owned by China Horse Club and Starlight Racing, who finished fourth in the Kentucky Derby but scored at the top level in the Los Alamitos Futurity in December.

Baffert, who along with 19th century trainer Robert Wyndham Walden has enjoyed seven winners in the race, told BloodHorse: "I'm excited about Improbable, although they always overhype my horses.

"I'm not going into it like last year with Justify. I have a good horse, but so do a lot of other people." 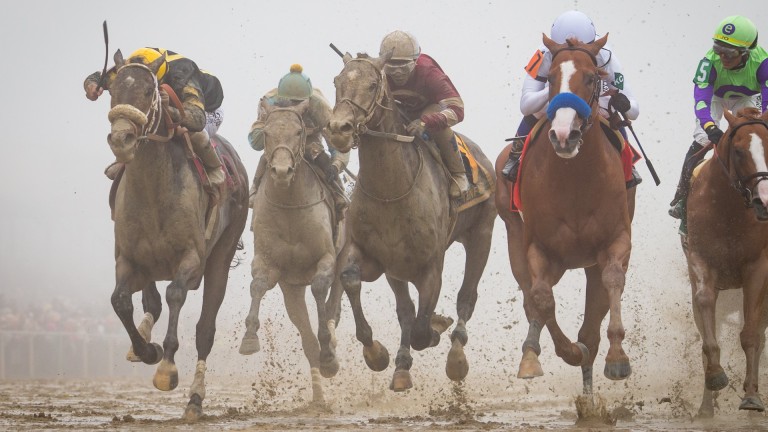 Justify (second right): repelled all challengers to land the Preakness Stakes last year
Mark Casse was narrowly denied a first Preakness success when Classic Empire was beaten a head two years ago and he hopes to go one better with War Of Will, who was not beaten far in seventh in the Kentucky Derby.

Casse said: “His energy levels have been good since the Kentucky Derby and he’s been moving well. He’s a tough horse and I’m expecting a big run.”

The Kelly Rubley-trained Alwaysmining is the local Maryland hope and seeks a seven-timer in this $1.5 million contest, while Anothertwistafate, second in the Lexington Stakes last month, and Florida Derby fourth Bourbon War are among other leading contenders in the 13-runner field.

The dual Grade 1 winner failed to figure on his final start of last season in the Breeders' Cup Classic and Inspector Lynley appears the main danger with the benefit of race fitness courtesy of two victories from three starts this year.