Blow for Mo as injury rules Moss colt out of Preakness 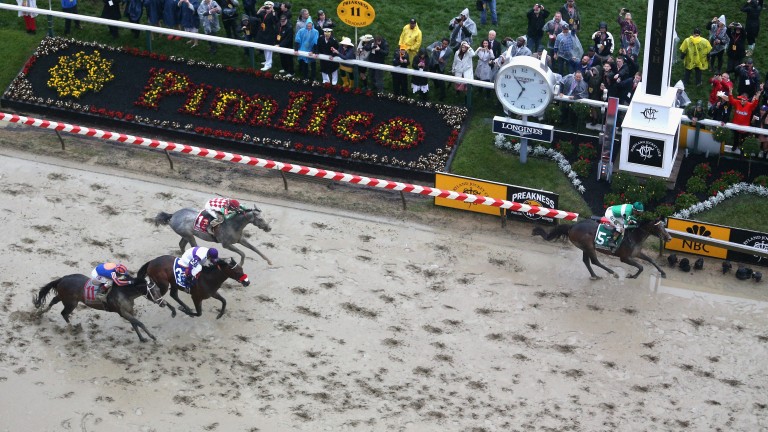 Royal Mo's belated involvement in the US Triple Crown series was at an end on Sunday when the colt suffered a sesamoid fracture during his final gallop for next weekend's Preakness Stakes.

The colt, who races in the Zenyatta colours of Jerry and Ann Moss, was being exercised by his big-race jockey Gary Stevens at Pimlico when he sustained the injury to the right fore ankle and was immediately transported to a veterinary centre for treatment.

Stevens, quoted in the Blood Horse, said: "Initially I thought he just overreached and hit himself, but then there was a loud pop.

"Unfortunately, when he hit the ground next I knew he didn't hit himself. He was just towing me around there, having a brilliant work. Then I heard it coming out of the turn. He looked after me and I looked after him."

Trainer John Shirreffs described the injury as "devastating" as local vets confirmed the damage was not believed to be life-threatening but serious enough to bring a halt to Royal Mo's racing career.

Royal Mo had entered the Classic reckoning after finishing third in the Grade 1 Santa Anita Derby but he failed by one to make the field for the Kentucky Derby, which is compiled by points and earnings.

His absence from the Preakness is set to reduce the number of expected opponents to Kentucky Derby winner Always Dreaming to nine. The final declarations and draw will be completed on Wednesday evening.

FIRST PUBLISHED 7:40AM, MAY 15 2017
Initially I thought he just overreached and hit himself, but then there was a loud pop