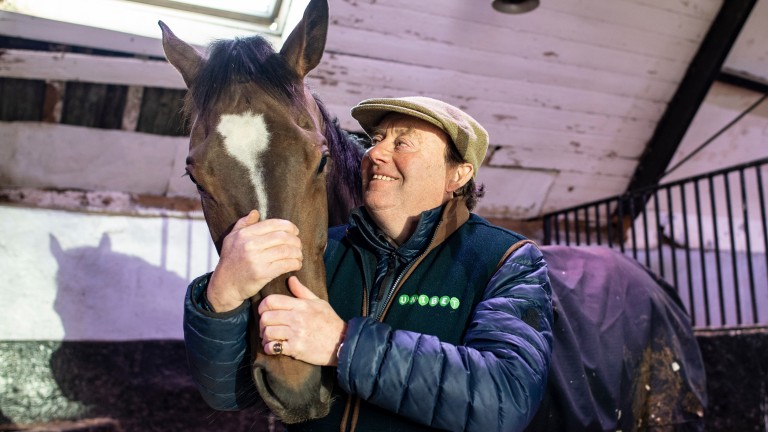 Nicky Henderson is set to be without Pentland Hills for the next jumps season
Edward Whitaker
1 of 1
By Mark Boylan UPDATED 2:42PM, MAY 28 2020

Cheltenham Festival-winning hurdler Pentland Hills is set for a lengthy spell on the sidelines following the discovery of a leg injury while away from Nicky Henderson's Seven Barrows base.

Last year's Triumph Hurdle hero, who was well held in ninth behind stablemate Epatante in the 2020 Unibet Champion Hurdle in March, is expected to miss next season although Henderson is optimistic the five-year-old can make a full recovery.

"It's sad because he'd been away and never had a problem," explained the champion trainer.

"He's a young horse and the leg apparently feels perfectly all right, it was just [found during] a routine scan. It's obviously a throwback from somewhere, but he didn't get it at Cheltenham."

Owned by members of the 3,000-strong Owners Group syndicate, Pentland Hills' absence will come as a blow to his passionate followers, but they could have an exciting campaign over fences to look forward to upon his return. 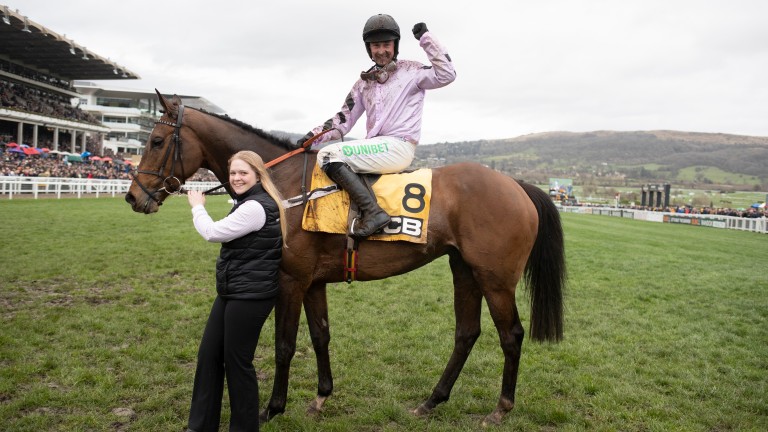 Nicky Henderson on Pentland Hills: "I'd imagine he's going to have to take a year out"
Patrick McCann

Henderson said of the dual Grade 1-winning hurdler: "I'd imagine he's going to have to take a year out.

"I haven't really discussed plans but he's such a good jumper and we could go novice chasing when coming back."

He added: "It's very disappointing, especially when he's got such an amazing 3,000 people involved. I'm sure they'll be disappointed.

Pentland Hills was a general 40-1 chance for next year's Unibet Champion Hurdle, with stablemate Epatante heading the ante-post market at 4-1.