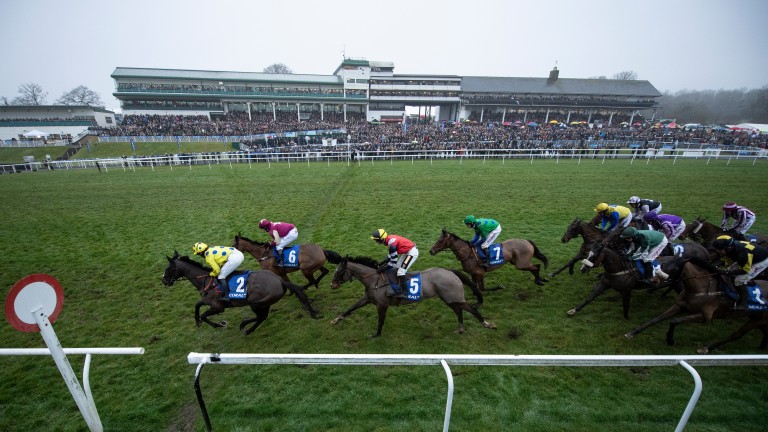 Chepstow was on Sunday left coming to terms with the blow that its biggest meeting of the year, the Coral Welsh Grand National on December 27, will take place without owners in attendance.

Wales was placed in the highest level of lockdown from Sunday but, like the rest of the UK, racing is permitted to continue behind closed doors. However, after prolonged talks with the Welsh government the track revealed it had been unsuccessful in securing access for owners.

Phil Bell, executive director at Chepstow, said: "Following the decision by the Welsh government to announce a lockdown from midnight on December 19, unfortunately owners will not be able to attend the Coral Welsh Grand National meeting on Sunday, 27 December.

"The guidance that allowed 30 people to gather socially distanced outside for an organised event is no longer valid. Discussions about the return of spectators and owners are ongoing between the three Welsh racecourses and the Welsh government.

"Provisional dates for pilot events to trial the return of spectators in 2021 have been sent to the Welsh government for approval, but clearly matters are changing almost daily so no decisions are expected in the near future."

Mainland Scotland will be placed under tier four rules, the highest level of lockdown, from December 26 but Scottish Racing confirmed racing will continue behind closed doors, with participants only at Kelso (December 29), Musselburgh (January 1, 7) and Ayr (January 2,6).

Delly Innes, manager of Scottish Racing, said: "Participants and owners should contact local racecourses if they have got any queries. Racecourses can then discuss it with their local SAG regarding owners attending." 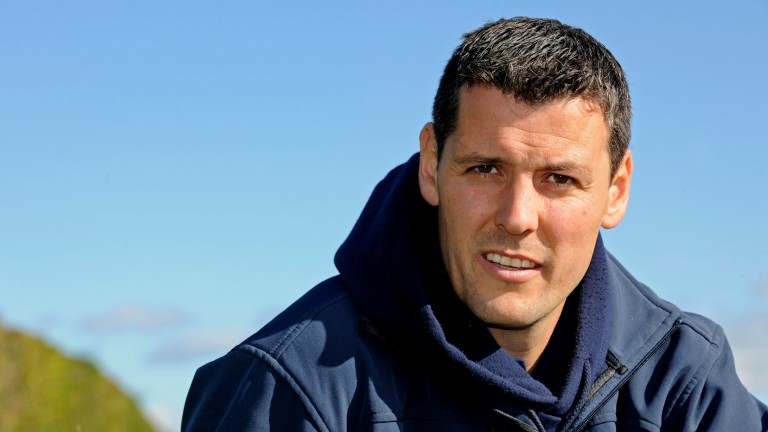 Tim Vaughan: "One member of staff has family living in Manchester and he'll not be able to go there"
David Dew

'It's disappointing for everybody'

The national lockdown in Wales may not have majorly impacted the ability for racing to take place but it has affected stable staff, with some unable to spend Christmas with their families.

Following prime minister Boris Johnson's announcement of new Tier 4 restrictions on Saturday evening for London, the south-east and east of England over fears of the spreading of a new variant of the coronavirus, first minister for Wales Mark Drakeford brought forward the Wales-wide lockdown from December 28 to Sunday morning.

A relaxing of the restrictions between December 23 and December 27 to celebrate the festivities with loved ones has been scrapped, with meetings now limited to Christmas Day.

While stable staff are able to travel to work to look after the horses, they are under instructions not to leave their home unnecessarily and only two households can spend December 25 together.

"In terms of the racing side, as far as I'm aware it should make no difference," said Tim Vaughan, who is based near Cowbridge in the Vale of Glamorgan.

"We've got staff on site, so it's not an issue, but the new restrictions surrounding Christmas Day will impact staff travelling in and out of the area. One member of staff has family living in Manchester and he'll not be able to go there. It's disappointing for everybody."

While Vaughan expects the stricter measures to take an emotional toll on his staff's festive celebrations, the Grade 1-winning trainer is looking forward to when normality can resume in the future.

"It's the time of the year when families spend quality time together but we've just got to plod on really," he added. "In truth, it takes time to get a grip of the rules as they were announced late on Saturday night.

"You can't put anything on for the staff in the yard due to limits on the number of households, nor can you have a Christmas party. We'll just have to keep our heads down and accept it this year.

"When it is safe to do so and things are eased, I will definitely put on a party for all my staff."

FIRST PUBLISHED 6:45PM, DEC 20 2020
The guidance that allowed 30 people to gather socially distanced outside for an organised event is no longer valid