Blackmore and Holden lose their appeals at the Turf Club 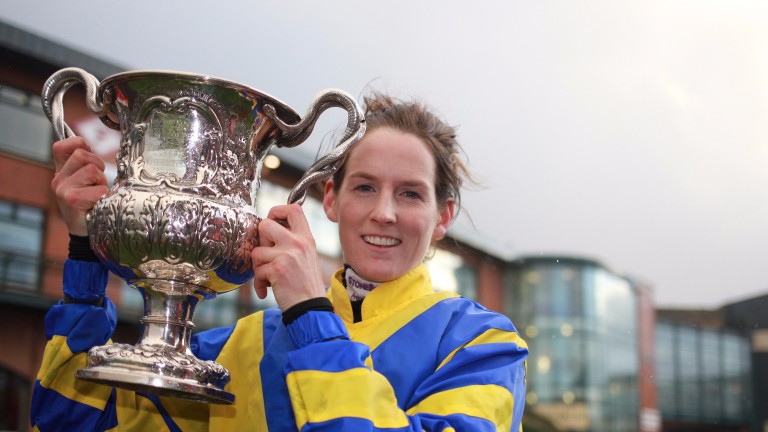 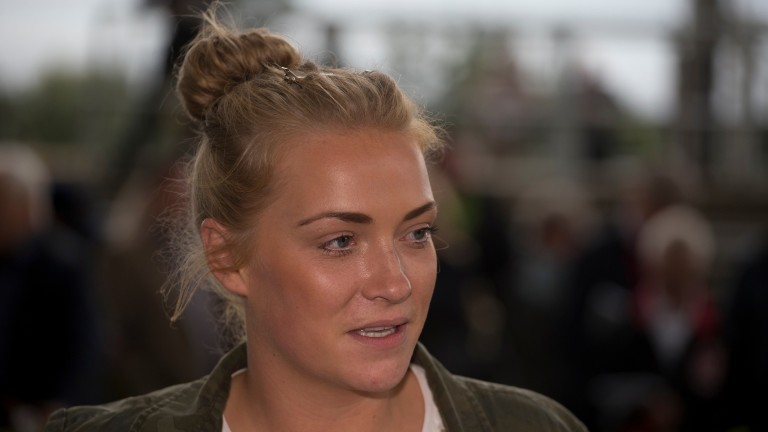 Jockey Rachael Blackmore on Friday described the loss of her appeal against a five day ban as "very disappointing " following the decision of the Turf Club's Appeals Committee to uphold the findings of the Fairyhouse Stewards on February 4, arising from the performance of Look Closer who finished tenth in a two-mile maiden hurdle.

The leading claiming rider in Ireland this season, Blackmore is banned from riding at Gowran Park on Saturday and Navan on Sunday and at Punchestown (February 22), Thurles (February 23) and Fairyhouse (February 26).

She said: "There isn't a lot to say other than I'm very disappointed and very frustrated by the decision of the Appeals Committee."

Blackmore and Look Closer's trainer Ellmarie Holden, who was fined €2,000 – the horse was banned from racing for 42 days – had their appeals dismissed at Turf Club headquarters on the Curragh on Thursday night.

In what were the first appeals lodged with the Turf Club since the introduction of a new-look Rule 212, which deals with alleged non-triers, evidence was heard from Holden, Blackmore, jockey Donagh Meyler, who had ridden Look Closer in his two previous races over hurdles, and veterinary surgeon Michael Sadlier of the Troytown Veterinary Hospital in Kildare.

The case for the appellants was presented by Andrew Coonan, on behalf of Blackmore and Patrick Kennedy, who represented Holden. Barrister Louis Weston made the case on behalf of the Turf Club.

The evidence given by rider and trainer emphasised that Look Closer had weakened out of contention when ridden aggressively by Meyler when he ran at Fairyhouse on January 15 and at Naas on January 28 and that it was decided the horse might be a non-stayer and that Blackmore would use different tactics.

In her evidence Blackmore, one of Ireland's two female professional jump jockeys, admitted she was not hard on Look Closer and that when she nudged him along and slapped him he was just running up and down on the one spot.

Blackmore added that the horse was not stretching out and that he did not pass any horse on the run from the final hurdle. She felt Look Closer was giving her all he had and that had she given him a few cracks of the whip he would not have finished any closer.

Look Closer was found to be slightly lame when examined by the Turf Club veterinary officer after the race. Sadlier confirmed that when the horse was taken to the Troytown Hospital after racing he was found to be lame behind. The horse remained in Troytown overnight and, according to Sadlier, was found to be more lame the following morning.

According to Joseph Finnegan, chairman of the Committee, the veterinary evidence presented was not deemed to be "particularly relevant" to the case.

Coonan described the outcome as "very disappointing considering the evidence given". He added: "I was very surprised by the verdict especially as the evidence given by Michael Sadlier seemed to tie in with what Rachael said about the horse not stretching out."

Blackmore and Holden forfeited their deposits of €500 each, while costs of €500 are to be divided equally between the trainer and rider.

Why the outcome was surprising

Some will interpret the outcome of what was effectively a test case for the amended rule as an important result for the Turf Club but, having sat through the marathon session and seen the videos of Look Closer's hurdle races and listened to the evidence given by Blackmore, Holden, Meyler and veterinary surgeon Sadlier, this observer was more than a little surprised by the outcome.

The decision to change to waiting tactics on Look Closer was taken after he had appeared a non-stayer when ridden by Meyler on his previous starts over hurdles.

Blackmore, whose evidence to her solicitor and under cross-examination from the Turf Club's barrister, was concise and delivered articulately, admitted she had not been hard on the horse.

Look Closer was reported to be slightly lame by the Turf Club's veterinary officer after the race and Sadlier confirmed he was lame behind and was found to be more lame the following morning.

However, what appeared to be a possible reason for the horse not performing did not wash with the Appeals Committee whose chairman Joseph Finnegan described the veterinary evidence as not being "particularly relevant " to the case.

No doubt the Appeals Committee will have bigger fish to fry during the year and it will be very interesting to see how the new rules will be interpreted when that happens. Those who lost their appeals on Thursday have good reason to feel aggrieved.

FIRST PUBLISHED 12:28PM, FEB 17 2017
In her evidence Blackmore admitted she was not hard on nudged him along and slapped Look Closer and that when she him he was just running up and down on the one spot