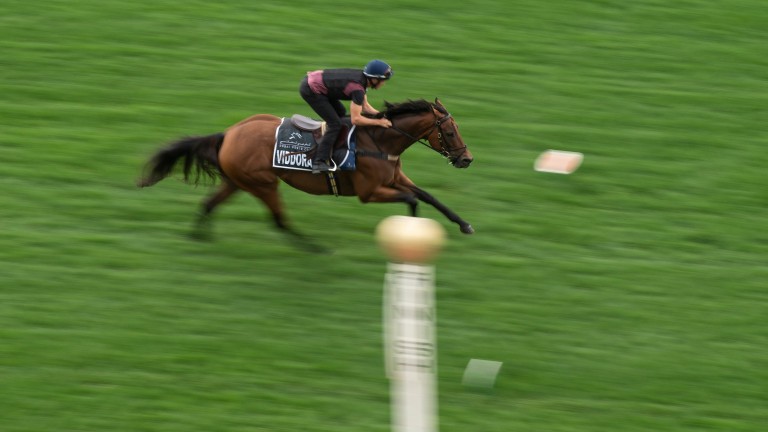 Viddora works under Paddy Bell on the turf track at Meydan on Tuesday morning
Edward Whitaker
1 of 1
By Tony McFadden in Dubai UPDATED 4:07PM, MAR 27 2019

Al Quoz Sprint contender Viddora has twice been successful at the highest level, with the first of her Group 1 wins achieved at Ascot in December 2017. Admittedly, Ascot in Western Australia doesn't quite have the same worldwide prestige as its Berkshire namesake, but someone in the Viddora team has been closely associated with a winner at the royal meeting. And not just any winner – one of the all-time greats.

Viddora's work-rider Paddy Bell fulfilled the same role on Black Caviar, the superstar sprinter whose journey to Royal Ascot in 2012 captured the public's imagination, with her presence in the Diamond Jubilee Stakes dominating the meeting.

It was supposed to be an exhibition, the unbeaten sensation swaggering in front of the legion of fans who were holding salmon pink and black paddles to replicate the wondermare's silks.

They ultimately got their wish, but not before a dramatic finish in which race-rider Luke Nolen dropped his hands close home, leading to an agonising final few strides for connections and those who took the odds of 1-6.

Bell admits the race itself was a disappointment but not the experience as a whole, most notably a two-week spell beforehand in Newmarket when it seemed the entire racing world wanted a piece of Black Caviar. 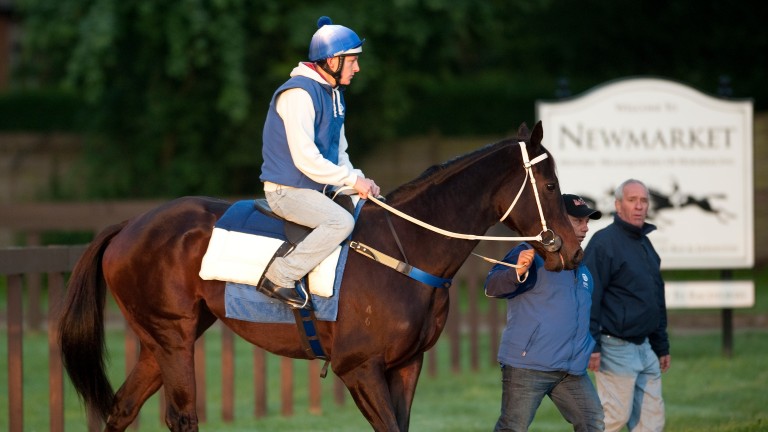 Reflecting on what it was like riding such an icon, and playing a crucial role in her preparation, Bell said: "It was an unbelievable time.

"There was one moment on the Al Bahathri [gallop] which stands out. I remember seeing all these reporters lined up along the hedge – to have so many people out to watch Black Caviar was a wonderful feeling.

"She wasn't that fast a mover but she was very big, her stride was the biggest of any horse I've come across, and because her stride was so big it actually felt like you were going quite slow. You had to count [how quickly she had covered a furlong] to know how fast she was going as it was almost impossible to understand how easily she was doing it."

Viddora is a top price of 16-1 for the Al Quoz, the market for which is headed by Blue Point, but Bell expects her to put up a good performance.

He said: "She's a wonderful mare – obviously she wouldn't compare to the great one – but she's won two Group 1s. She's a big, strong mare, which is a good thing to have as a sprinter, and she's got a great turn of foot. If everything goes well for her on Saturday she'll be right in the money."

Trainer Lloyd Kennewell, whose first winner was achieved at Cheltenham (in Victoria), is also bullish about the six-year-old's claims and particularly pleased with how she has settled in.

He said: "She's a very good horse to travel with, she does everything you want. She poses for the cameras and knows she's on the big stage. Everything has gone according to plan. I'm quietly confident she'll run extremely well."

FIRST PUBLISHED 10:20AM, MAR 27 2019
I remember seeing all these reporters lined up along the hedge - to have so many people out to watch Black Caviar was a wonderful feeling