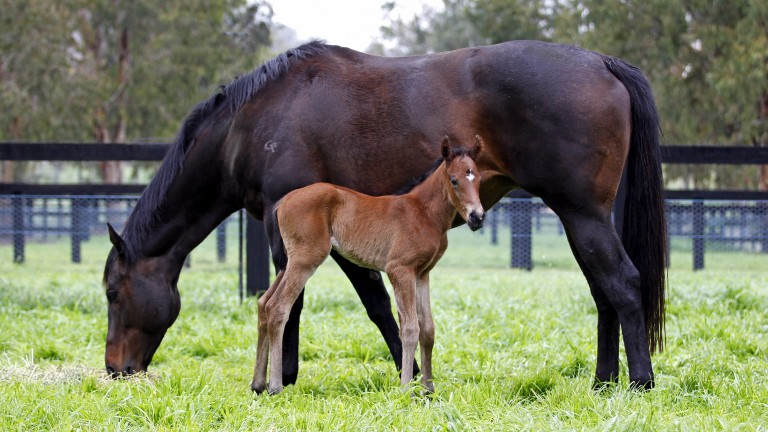 It may have been little more than a trial race but Oscietra has already shown she has inherited the winning mentality from her brilliant mother Black Caviar.

The filly, by Exceed And Excel, is the first foal of Black Caviar, the 25-race unbeaten wondermare whose victories included the Diamond Jubilee Stakes at Royal Ascot.

The two-year-old contested the 800m trial with four others and led all the way to come home in 49.9 seconds.

Co-trainer David Hayes told racing.com: "I thought she was brilliant out of the gates and it was a good solid trial. She wasn't put under any pressure at all in the straight and was looking around but was still good enough to win.

"She's got a lovely big action for a small filly and she's got a cruising speed that I remember her mother had. I'm not saying she's going to be as good as her mother – I don't think there ever will be one – but she's certainly going to be a competitive filly."

Oscientra is set to have another trial on December 23 with her first race set to take place on December 31 at Moonee Valley or Flemington on January 1.