Austin hits the target as Another Batt excels in Trakya Trophy 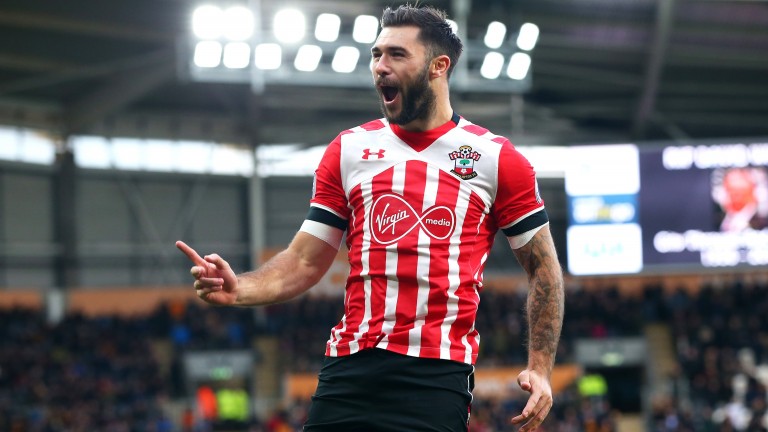 They came, they saw, they conquered. Charlie Austin and his Excel Racing team came to Veliefendi in search of a share of the monster £167,094 pot for the Group 3 Trakya Trophy and Another Batt did not let them down.

The son of Windsor Knot, who has been to plenty of big meetings this year including Royal Ascot, came out on top as he held off the charge of local hope Armondo in the straight to hand both the syndicate and trainer George Scott a first Group success.

Connections had been concerned about the ground, which was significantly quicker than the official good to soft description according to all who walked or competed on it, but Another Batt fought hard down the centre of the course to prevail.

"It's a fantastic result," said Scott. "We've been looked after incredibly well out here and the horse has thrived. It felt a long way home up the straight but he's quite idle like that and the other horse kept him up to it.

"He's danced every dance and earned a break now probably, but we'll get him home and have a think."

Southampton star Austin was full of praise not only for the horse but the staff who had spent the week in Istanbul with Another Batt prior to his run and urged more British owners to consider a trip east in future.

"He owes us nothing and every time he's run so well," said Austin. "I didn't realise until seeing on this trip how hard our stable staff and all the stable staff work. As much as it means to us, it means so much to them and it's a big team effort – they've looked after the horse so well.

"The reception we've got here has been fantastic and it just makes me think why more owners aren't taking the chance out here."

Both Chess Move, owned by Sir Alex Ferguson and trained by George Baker, and Mark Johnston's Rufus King, finished out of the places.

Secret Number back with a bang

Saeed Bin Suroor's dominance of the Longines International Racing Festival continued on Sunday as Secret Number proved far too good for his rivals in the Group 2 Bosphorus Cup.

Returning from a break of almost 300 days following his trip to Melbourne last year, Secret Number added to his trainer's big-race double the previous evening with an authoritative display.

Circling the field on the turn for home under Gerald Mosse, Secret Number was comfortably on top of the wonderful Elbereth, whose connections could not have been more thrilled to finish second, having taken third in the same race 12 months ago.

Bin Suroor would not be drawn on further targets for Secret Number but praised the horse and jockey.

"It was a good ride and the horse ran well," he said. "He was off for a long time but he had been working well in the morning and this is the right trip for him. The race was a bit slow but he finished really well. He's a really tough horse and I'm so pleased he won."

David Taylor, owner and breeder of Elbereth, had suggested this race could be the last for his six-year-old and, while there was no call on whether that was the case, he was filled with pride by his mare's run.

"I couldn't be more pleased," he said. "I am so lucky. The average guy on the street doesn't understand, it's just a horse in a race, but when you bred them and watched them grow up, it's so exciting and it means so much just to be here."

Dream Castle became the first of Frankel's offspring to race in Turkey but the stallion will have to wait a little longer for a first winner after German raider Wonnemond swooped late to deny Britain a clean sweep of the thoroughbred Group races.

Saeed Bin Suroor was hoping to win every race in which he had runners, having sidestepped the juvenile contest, and Dream Castle loomed up with every chance in the Group 2 International Topkapi Trophy under Gerald Mosse, only for Wonnemond to pick him off down the centre under Daniele Porcu to score by a length.

"We chose to settle last because I had to start from box two, so it was the only way," said Porcu.

"He is a good horse and he's had bad luck a couple of times, but today he had the perfect race and it went very well. He's not a big horse but he's a really good miler and he will improve now."