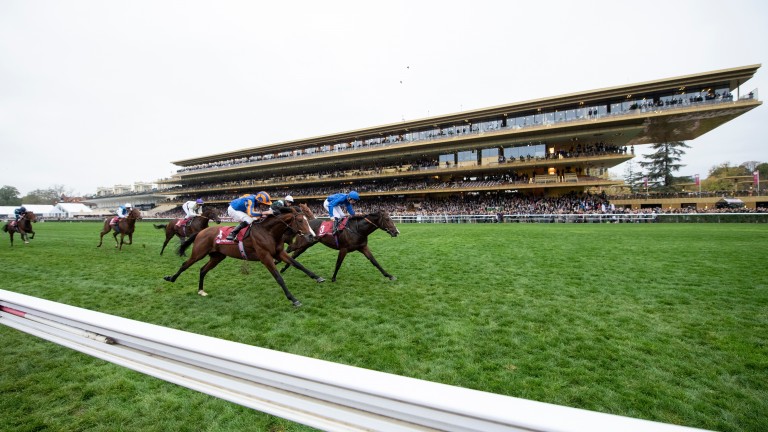 Before Arc day last year Oisin Murphy had never won a Group 1. Fast-forward 12 months and the recently turned 23-year-old now has ten of them tucked away, including one at Grade 1 level in Canada, with Saaed Bin Suroor describing him as a champion jockey in waiting.

Murphy's eighth Group 1 of the year came in the Godolphin blue, just like his first of 2018 on Benbatl in the Dubai Turf, as he nudged Royal Marine to a narrow victory in the Prix Jean-Luc Lagardere over Broome, who almost swept away his rivals from the front.

Royal Marine's Doncaster maiden win had the clock-watchers purring as his time was 0.26sec quicker than leading Qipco 2,000 Guineas contender Sangarius, who won on the same card. How right they were to be excited. 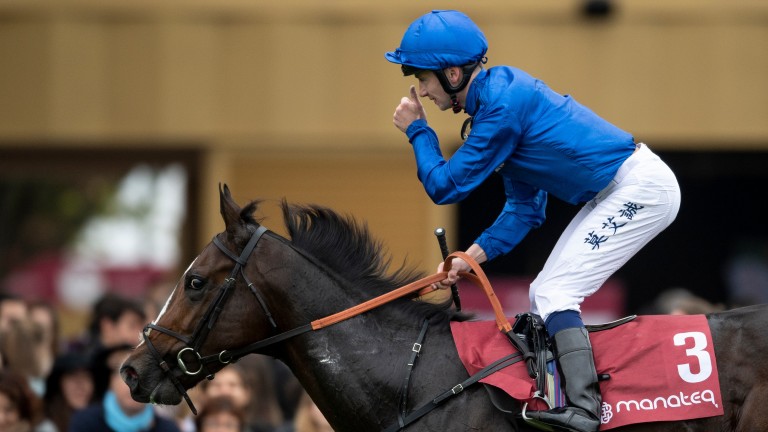 Bin Suroor, celebrating his first juvenile Group 1 success since Thunder Snow in the Criterium International in 2016, said: "He's a big, strong horse who works well at home. He showed some class there and travelled well the whole way. We'll take him to Dubai now and he could start off there next season. He could be anything."

Having had good things to say about Royal Marine, Bin Suroor was even more glowing when it came to talking about Murphy.

"Oisin is a brilliant jockey," he said. "He's a champion jockey for the future. He's always so relaxed and very nice on the horses. He shows his class."

Murphy was always in the perfect position on Royal Marine and took aim at the front-running Broome entering the final furlong. He didn't miss.

"He's a very nice horse and you have to remember he has had only three runs in his life," said Murphy. "He didn't do an awful lot in front. I'd be hopeful there's more to come. I think he's a miler."

The trainer reflected: "He's very genuine and he wasn't finished when the line came, was he? He was still going strong. You would have to love his attitude. He'll start off in one of the Derby trials next year and we'll see where that takes us."

Hot favourite Anodor was three-quarters of a length behind Broome in third and Freddy Head reckons he is not the finished article yet.

"When the others accelerated he had trouble following them but he finished well," said the trainer. "I was pleased that he didn’t fold and ran on well.

"I wouldn’t look for excuses with the ground and it was more a lack of maturity on his part. We’ll wait for next year and he's open to plenty of progress. He's not the finished article yet."

FIRST PUBLISHED 8:04PM, OCT 10 2018
Oisin is a brilliant jockey. He's a champion jockey for the future