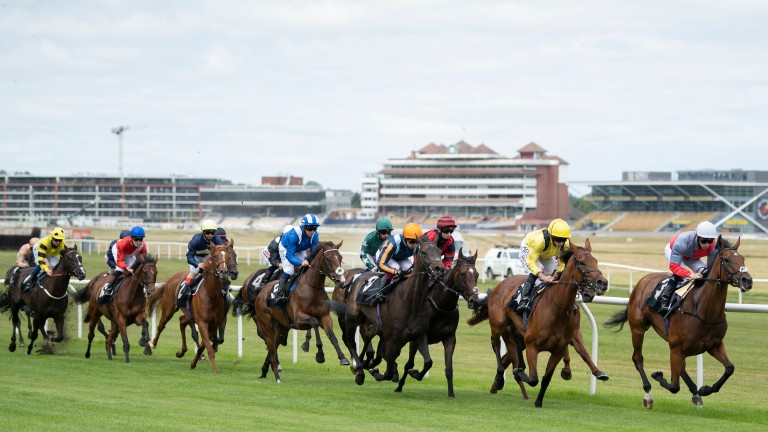 As Nicky Henderson, Dan Skelton and other top trainers prepare to battle for the Betfair Hurdle, racing is mourning a David who beat the Goliaths to land the big prize 44 years ago.

Bill Swainson, who died last week at the age of 86, trained just a handful of horses at Bredon in Gloucestershire. But in 1977 he took the ultra-competitive Newbury handicap, then known as the Schweppes, with True Lad.

"He didn't have any more than seven or eight horses but he did a good job with them," recalled David Cartwright, who rode frequently for Swainson but missed the mount on True Lad as he was claimed for Derek Haydn Jones at Wolverhampton. "Winning the Schweppes put him in very good company."

True Lad won the Great Metropolitan Handicap on the Flat, as did Swainson's Lyford Cay who also went close in the Schweppes in 1972 and went on to finish third behind Bula in the Champion Hurdle.

"Lyford Cay was a little character that Bill bought off the Flat," Cartwright said. "You had to drop him out and not hit the front until very late.

"He was a three-miler and I was about 18th of 20 entering the straight at Newbury but he made up ground late on and we were in front a stride past the post.

"It’s very sad news," Cartwright added. "We had a lot of happy days together. He was a good guy to be with. He was a tough man but a real educated gent. He got his horses fit and it was a pleasure to ride them.

"I remember as plain as if it were yesterday walking into the paddock to ride Lyford Cay at Stratford one time and him saying, 'You can put the farm on this'.

"I won doing handsprings and I came back in and he'd had a fiver on it! So Bill wasn't a big punter. But he knew what he was doing."

Swainson, who served as a captain in the Worcestershire regiment, leaves a wife, Joy, and two daughters.

FIRST PUBLISHED 4:30PM, FEB 20 2021
He didn't have any more than seven or eight horses but he did a good job with them

'I don't think he does pressure' - Bowen steps up as Henderson runners star 'It's been hard but we can still do it' - Newbury winner fuels Greatrex belief 'There's a lot to look forward to' - Jet Powered takes off for Nicky Henderson 'Why on earth would I want to go over there?' - Christmas carnival reaction 'There didn't deserve to be a second' - Champ wins thriller from Paisley Park Newbury watering to maintain good ground before Saturday's Coral Gold Cup card