Big run expected from Stay Out Of Court on handicap debut 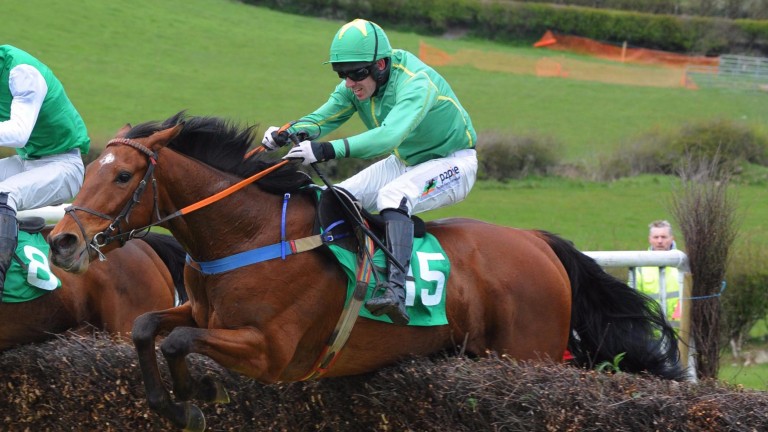 Stay Out Of Court has done his best so far to also stay out of the winner's enclosure, with the Paul and Clare Rooney-owned novice second on four of his five starts in points, bumpers and novice hurdles and third on the other.

He makes his handicap debut today off a mark of 115, which looks lenient based on his three-quarters of a length second to the well-regarded Robinshill at Ffos Las last month.

Anthony Honeyball, trainer of City Supreme
I thought he ran a cracker in a very competitive handicap last time at Warwick and this looks easier, although he has more weight and has been tricky to win with. That said, we'd rate his chances and are very hopeful.

Chris Gordon, trainer of Ballyheigue Bay
He had a really bad fall last time at Fontwell in the Southern National, I thought we might lose him for a couple of days but it turns out there was nothing structural – just a whole load of muscle damage. He's had a long time off and in the last three weeks he's just turned the corner. Obviously he goes there trying to win but he's back over hurdles to try to give him a confidence-booster and I just want to see him come home safe.

David Pipe, trainer of Stay Out Of Court
The soft ground and trip should suit fine. I've stuck cheekpieces on to try to sharpen him up and David Noonan claims three, so hopefully he can run well on his handicap debut.

Anna Newton-Smith, trainer of Margot Fontane
She's showing us all the right signs at home and seems to be progressing, but it's her first run in a handicap and over three miles on heavy ground I think we'll learn a lot.

FIRST PUBLISHED 6:00PM, JAN 29 2017
The soft ground and trip should suit fine. I've stuck cheekpieces on to try and sharpen him up and David Noonan claims three so hopefully he can run well on his handicap debut