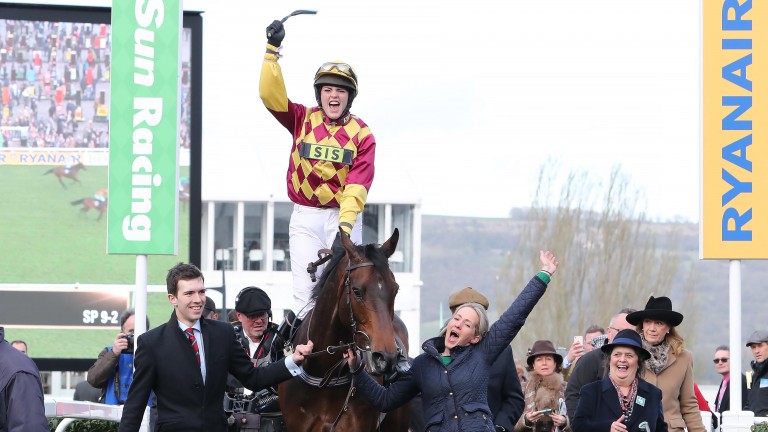 Lizzie Kelly is hoping she can recover from a broken arm in time to ride the well-backed Siruh Du Lac in Saturday's BetVictor Gold Cup at Cheltenham.

The pair won together at the Cheltenham Festival in March and an assessment of Kelly's arm on Thursday will determine whether they will be re-united in the weekend's big handicap chase.

Siruh Du Lac was on Monday trimmed into a top-priced 7-1 (from 10s) for the 2m 4f contest, staged at the scene of his success in the Brown Advisory & Merriebelle Stable Plate in March which provided Kelly with her second festival winner.

Kelly, who broke her arm in a fall at Exeter last month, is deperate to ride the Nick Williams-trained hope, whose festival win capped an unbeaten campaign.

Kelly said: "He's doing well and there'll be a few eager hands raised in the weighing room [to ride him] if I don't pass the assessment this week. Fingers crossed I'm back, it'd be a great way to restart the season.

"I've always thought he was a good horse and it paid dividends to go chasing as a four-year-old. He finished off the year with a big win at the festival so the debate now is whether he will progress into a Graded-level horse or if he will just be a handicapper. I think he's got plenty of scope, he's an exciting prospect."

Kelly could also have a leading chance in Sunday's Unibet Greatwood Handicap Hurdle aboard Monsieur Lecoq, who is 10-1 with the sponsors.

The Jane Williams-trained five-year-old was one of 19 confirmed for the Grade 3 event, and heads to Cheltenham following a victory at Ffos Las last month. 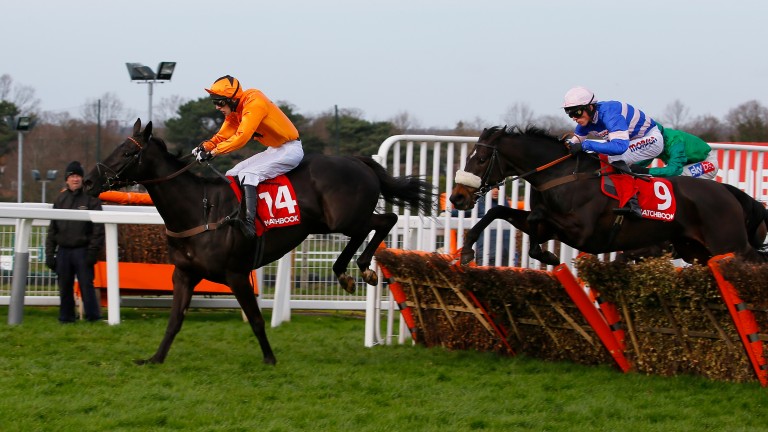 "He came out of Ffos Las pretty well and has been quite naughty at home since, which is a good sign," said Kelly, who became the first female jockey to win a Grade 1 in Britain in 2015.

"I really like him, he's a big bull of a horse and is a massive character. The Greatwood will tell us just how good he is, maybe it's a big ask but Cheltenham sorts the men from the boys so we'll know more about him."

The ground at Cheltenham was changed to good to soft, soft in places (from soft) on Monday morning.

FIRST PUBLISHED 1:42PM, NOV 11 2019
He's doing well and there'll be a few eager hands raised in the weighing room [to ride him] if I don't pass the assessment this week