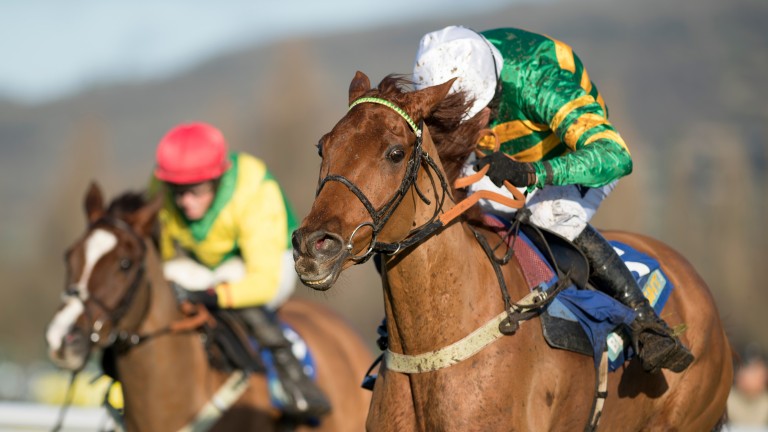 It was not quite flawless, but Yanworth put himself right back on track for one of the festival's Grade 1 novices with a BetBright Dipper Novices' Chase defeat of Sizing Tennessee that had both Alan King and Barry Geraghty feeling much more positive about his future over fences.

The winning margin was just a neck, but last year's Champion Hurdle favourite jumped much better than when second to Willoughby Court at Newbury last month and was plainly idling in front, having taken it up at the last.

With the Newbury defeat having followed an Exeter fall, King was relieved and can now plan ahead.

He said: "He'll be the death of me one day, but that was a big step in the right direction. His jumping was good and full credit to Wayne [Hutchinson] and Yogi [Breisner], who've had two good sessions with him to get him to shorten a bit. That was evident today, as when he was short he was very good.

Geraghty, who kept Yanworth wide throughout, was not going overboard in his praise, but described the eight-year-old's performance as "better" and pointed out that conditions were hardly in his favour.

He said: "There aren't many horses who relish those conditions. It's very heavy and hard work, and he's a classy type and a good mover who will only get better on better ground.

"He was good down the back straight, but he was still slow at the third-last and the fifth-last. He has a bit to learn, but he's going the right way and he was dossing when he got to the front. He was pulling up to a trot, but he pulled out more when the other horse came to him, thank goodness." 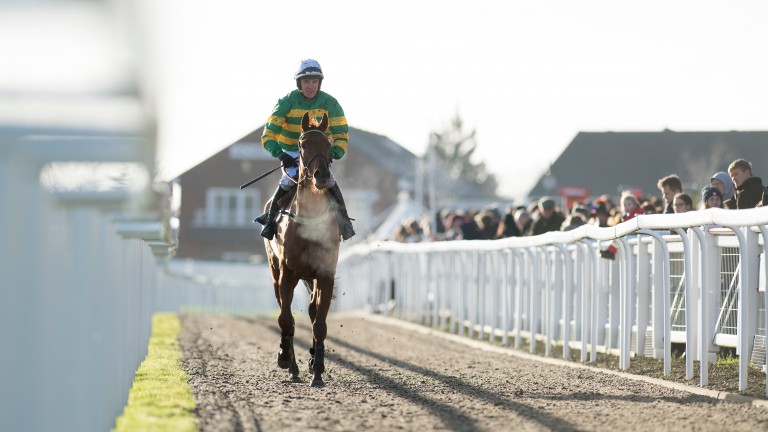 King, who was saddling a landmark 1,500th winner, won the Dipper with subsequent Arkle winner My Way De Solzen in 2007, but he will not be going down that route with Yanworth.

He said: "My Way went on to win at Cheltenham, but Yanworth won't be winning an Arkle. I expect he'll have entries in both the JLT and the RSA, and he wants another run first. The only races I can think of off the top of my head are the Reynoldstown and the Scilly Isles, and if we are thinking of taking the three-mile route then probably Ascot."

Bookmakers reacted by cutting his RSA odds to a best-priced 10-1, and as short as 7-1. He is a 10-1 chance with BetVictor for the JLT but significantly shorter in places.

Sizing Tennessee delighted Colin Tizzard, who will aim the ten-year-old at the RSA, while Ben Pauling was not unhappy with Willoughby Court's third following a bad mistake four out and is not wavering from the JLT.

Pauling said: "Nothing will change and he'll go straight to the JLT. I didn't feel he was ever quite as fluent as he had been at Newbury. I think that, unfortunately, he hasn't operated in the ground.

"Given he wasn't foot perfect and made a decent mistake at the top of the hill, to be beaten eight lengths isn't a bad run."