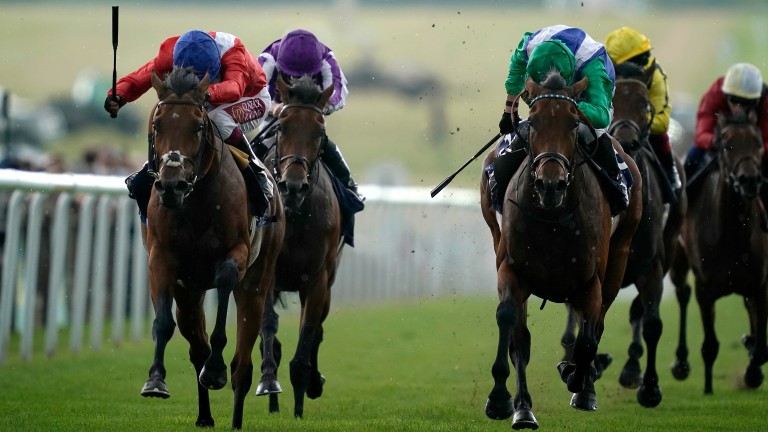 Oisin Murphy was tickled pink after setting the fractions to the second to nail a first Group 1 of the year on Veracious in the Falmouth Stakes.

Spoilt last year with the likes of Roaring Lion, Lightning Spear and The Tin Man at the top level, Murphy had been struggling to find the Group 1 mark in 2019, and his delight when holding off runner-up One Master by a neck was clear to see as he repeatedly clenched his fist after the line.

"These Group 1s are very hard to come by," said Murphy before bolting to Chepstow for a further five rides. "I had a brilliant year last year and of course you want to keep progressing, so to get on this filly, with a chance in a Group 1, was massive."

Locked in an early battle with Danny Tudhope as he chases a first Flat jockey's championship, Murphy began the day with just three winners from 29 rides since Monday and did not need reminding he had been rattling the woodwork of late.

"On a day-to-day basis I've been hitting the crossbar," admitted the rider. "Everyday I've got good rides and want to do well for people. If I go a day without riding a winner I get on top of myself."

Returning to Veracious, he added: "I got a bit of confidence from Sir Michael Stoute because she was beaten in a Group 2 last time against a similar field and he wouldn't run her in a Group 1 for no reason.

"I wasn't sure if I'd hold on but she was giving it her all. She was a spare ride at Ascot, so maybe I had a bit of luck getting on her in the first place." 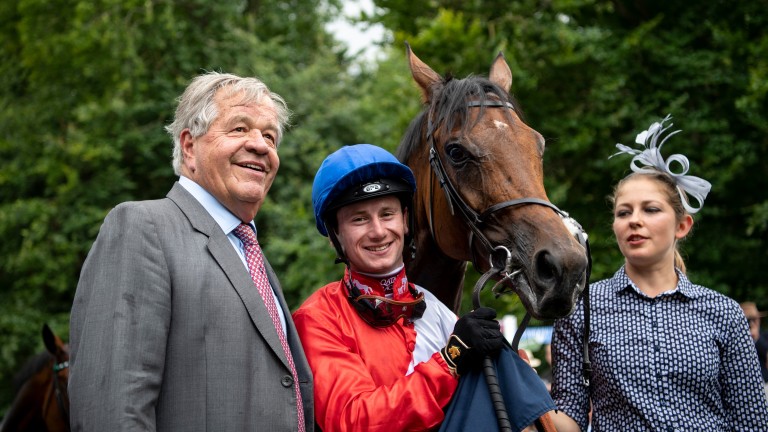 Winning trainer Stoute felt Veracious had run with the choke out when fourth in the Group 2 Duke Of Cambridge Stakes at Royal Ascot and heaped praise on Murphy's well-judged ride from the front.

"It was a very brave performance and he rode her beautifully," said Stoute, winning the race for a sixth time and first since Integral scored in the same Cheveley Park silks in 2014.

"She ran very well at Ascot but was always doing a little too much and we didn't want that again today. He let her flow and she was game.

"She's taken a long time to really ripen and actually Ryan Moore rode her a couple of weeks ago and said 'she's there now'."

After making her breakthrough at Group 1 level, Veracious entered the betting at 20-1 with Betfair for the £1 million Qatar Sussex Stakes at the end of the month, although the Nassau at the same meeting – in which she finished third behind Wild Illusion last season – is a viable alternative.

Stoute added: "She has good form at a mile and a quarter from last year but we don't have to make a decision yet. I think she can go eight or ten furlongs."

William Haggas, who has endured a torrid time with stable star Sea Of Class battling for her life after a career-ending bout of colic, had his mood temporarily lifted by runner-up One Master.

"She ran a fantastic race," said the trainer. "The trouble is her best trip is seven furlongs and there aren't any Group 1 races over seven until the Prix de la Foret. I don't know where she'll run next."