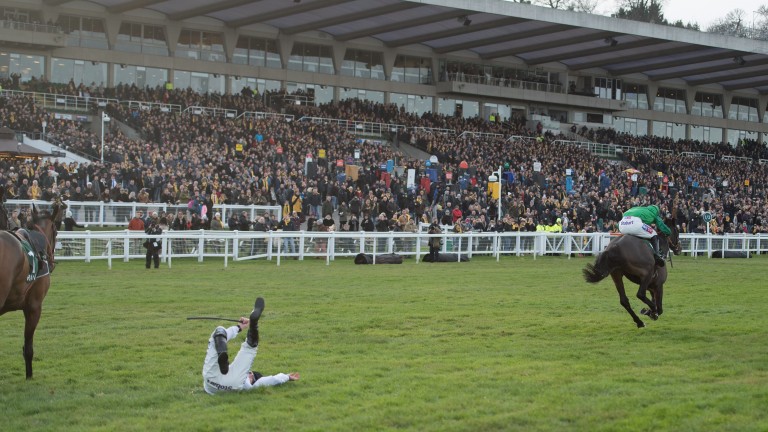 Sceau Royal is the name and so impressive was the performance that owners Simon Munir and Issac Souede now have the first and second favourites for the Racing Post Arkle, with both horses set to meet in the novice chasers' championship of speed.

He was sent off the 11-1 outsider for what looked a proper Sandown special on paper, but Sceau Royal rubbished his odds and dismissed some quality opponents to take Grade 1 glory in style.

A former high-class – but not top-class – hurdler, the Alan King-trained soon-to-be six-year-old is now quoted at between 6-1 and 9-1 for the Arkle following a randoxhealth.com Henry VIII Novices' Chase triumph under Daryl Jacob that marked him down as the current leading challenger to his owners' Irish-based youngster Footpad.

For Footpad a Christmas date at Leopardstown beckons. Sceau Royal will likely have one more run at most before the Arkle, a race for which the front-running Brain Power is surely still headed having ejected David Mullins at the final fence when a close-up, albeit seemingly held, second.

North Hill Harvey was very much held in second, 11 lengths behind Sceau Royal, while 13-8 Finian's Oscar neither jumped nor galloped fast enough, running like a three-miler over two miles. He did manage third but only because Capitaine and Brain Power – who unseated two out – failed to get round.

"That was lovely," said King. "There was carnage behind him but he had things well covered when that happened. He looked awfully good, didn't he?

"I've always worried, certainly when he was running over hurdles, that he was 10lb below the very top, but I think fences have improved him. You won't see a slicker round of jumping than that. From the first moment we schooled him he has been electric. 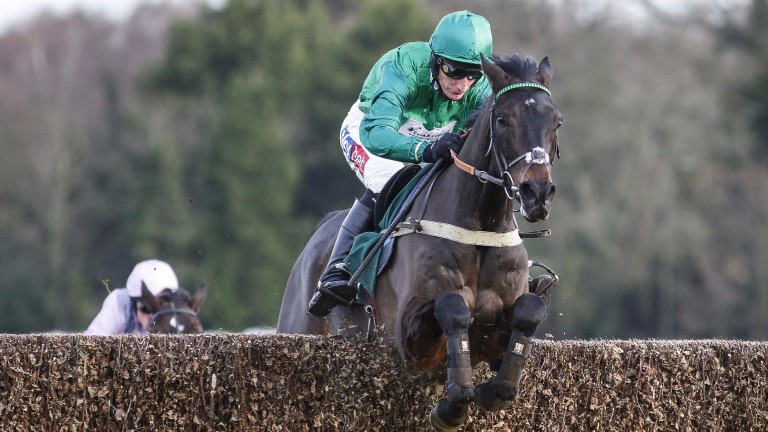 "I knew whatever happened today I would have no excuses as we couldn't have had him any better."

Brain Power's trainer did have an excuse.

"We learned very little from that – he really needs holding up," said Nicky Henderson.

"We have learned a lot today," he said. "He is not going to be running over two miles again. He will move up to three miles now and we might look at the Kauto Star Novices' Chase, as long as nothing comes to light.

"He seems okay and is hardly blowing. They took him out of his comfort zone."

Sceau Royal was always in his own comfort zone.

This had the look of a breakthrough performance and, encouragingly for anyone who might wish to give long-range financial support to Sceau Royal's Arkle bid, there is little doubt that is where he will head. It is, however, where the Willie Mullins-trained Footpad is heading as well.

Anthony Bromley, racing manager to Munir and Souede, said: "We have history before of running two in a Cheltenham race. If they both keep going as they have been up to now we couldn't keep them apart because we're talking about the Arkle."

FIRST PUBLISHED 1:58PM, DEC 9 2017
You won't see a slicker round of jumping than that. From the first moment we schooled him he has been electric.