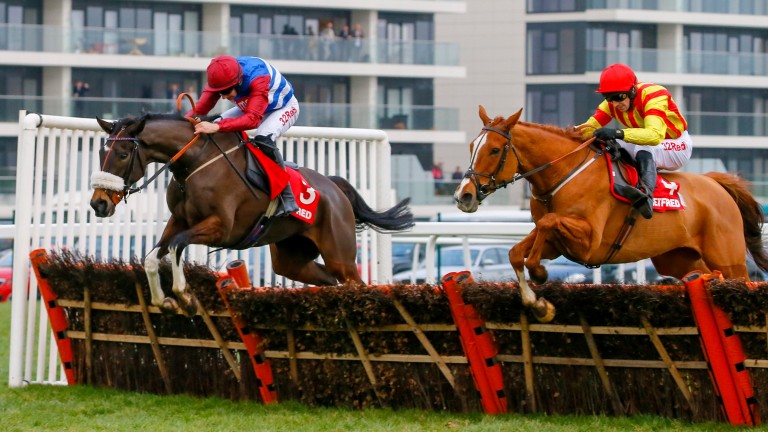 Poetic Rhythm (right) and Mulcahys Hill jump the last together in the Challow Hurdle
Mark Cranham
1 of 1
By James Burn UPDATED 6:04PM, DEC 30 2017

So it was no surprise kind words for the gutsy six-year-old followed his battling victory in front of a post-Christmas crowd nudging 9,000.

Hit by a bout of colic just three weeks ago, Poetic Rhythm did not need to prove how brave he was, but he did so anyway when overhauling the enterprisingly ridden Mulcahys Hill, whose trainer Warren Greatrex was spot on in his prediction that his runner would relish the testing conditions.

O'Brien was not, but if he can rely on one horse in his yard it is the one known as George, who runs for The Yes No Wait Sorries syndicate, put together by the trainer's number one supporter Chris Coley.

"That's our first Grade 1 and I'm over the moon, obviously," said O'Brien. 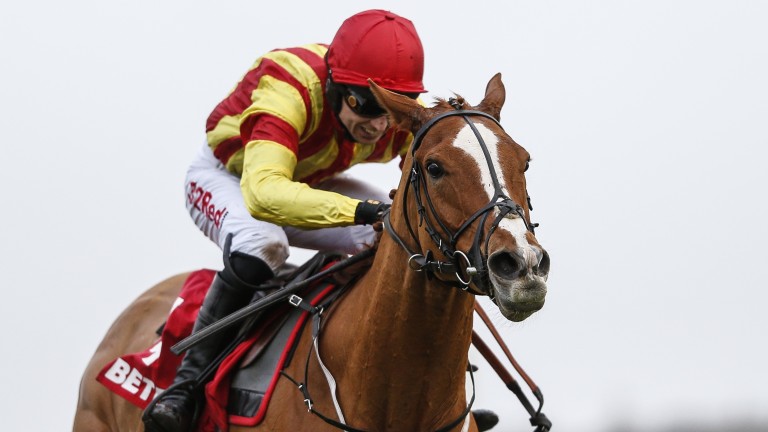 Poetic Rhythm on the way to victory under Paddy Brennan, who said: " I've ridden some tough horses, but I don't think I've ridden tougher"
Alan Crowhurst

"We had one run not so well at Haydock and one or two have been quiet, but when the chips are down you want George on your side.

"He's just so tough and I thought Adrian Heskin rode a great race on Mulcahys Hill. He put everyone to the sword, but we had the right horse and jockey on our side and they really dug deep.

"He's pulled it out of the bag and three weeks ago he was at the vets with colic. I'm lucky I've got Tori [Knight], who looks after him every day and adores him like a boyfriend."

The Albert Bartlett Novices' Hurdle at the Cheltenham Festival – generally 20-1 for that – will be next for Poetic Rhythm when Knight will be roaring him home once again.

"I absolutely adore him," she said. "He's not the easiest because he's so grumpy and doesn't like attention but I just love him. He's got such a good attitude and is just nails. He came back today and fought for his life and doesn't know how to stop."

Asked if she had a boyfriend, Knight added: "No, Poetic Rhythm and Chase The Spud will do though." 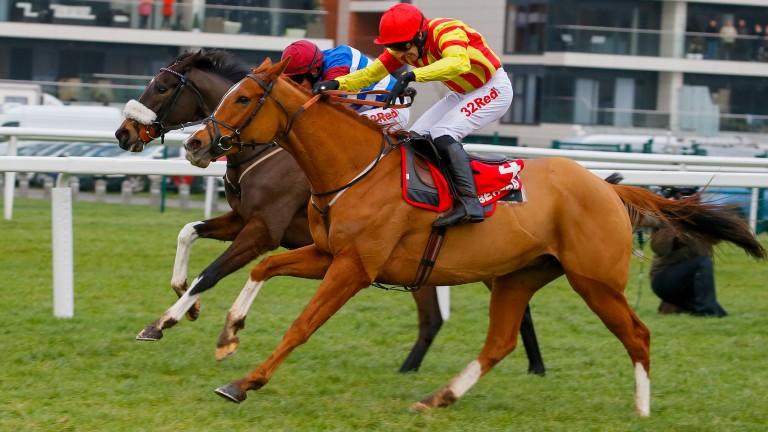 Hanging tough: Poetic Rhythm (near side) gets home from Mulcahys Hill and Adrian Heskin
Mark Cranham

Knight is far from the son of Flemensfirth's only fan club member. Brennan, praised by the trainer for the vital role he plays in O'Brien's operation and for riding out on Christmas day, said: "Jeez, I've ridden some tough horses, but I don't think I've ridden tougher.

"So many things went against him out there. He's been there for me a couple of times to dig me out of a hole and again today he showed how tough he was.

"The second horse caught me by surprise, because I probably underestimated him a bit and I was worrying about what was behind me rather than in front of me. I had a lot of ground to make up, but he's one of those who just tries."