This season may have had more potholes in the road than normal for the Aidan O'Brien and Ballydoyle juggernaut, but as the end of the turf season looms large his team are back cruising with Magna Grecia giving the trainer a ninth victory in the Vertem Futurity Stakes.

The Group 1, formerly the Racing Post Trophy, was carrying a new sponsor for the first time since 1989 but it delivered a familiar result as O'Brien entered the winner's enclosure.

Owner John Dance, who founded stockbroking firm Vertem, was aware the race had a lot to live up to under its new sponsorship last year's one-two of Saxon Warrior and Roaring Lion have gone on to achieve so much at three.

But while Magna Grecia's head success was not a dominant victory, it was a dramatic one, the stewards having a lengthy look at whether the winner had unfairly impeded runner-up Phoenix Of Spain.

The placings remained unaltered, much to O'Brien's pleasure, and he said: "I always thought if Magna Grecia got a mile we'd be delighted. He showed plenty of pace in the spring. Maybe he'll stay further as he's out of a Galileo mare [Cabaret]. He's a big, strong horse."

While the race has been historically been a pointer for the following season's Derby, a mile and a quarter could be the limit of Magna Grecia's stamina, and the 2,000 Guineas looks to be the colt's first port of call next season.

The son of Invincible Spirit is quoted between 10-1 and 16-1 for the first Classic of 2019 and O'Brien added: "If they're showing enough pace to be a Guineas horse, we'll train them for the Guineas."

With his string under a cloud during the summer, there have been inevitable hold-ups getting horses to the track, and Magna Grecia is a prime example, going from Naas maiden winner to Group 1 hero in under a month.

Worryingly for O'Brien's rivals, there could be more potential Classic contenders who have not raised their hand yet, as the trainer said: "We didn't get a clear run and it's all just coming now. We're going to run out of time with a lot of them and it will be interesting next spring when the horses start racing, which of them progress. 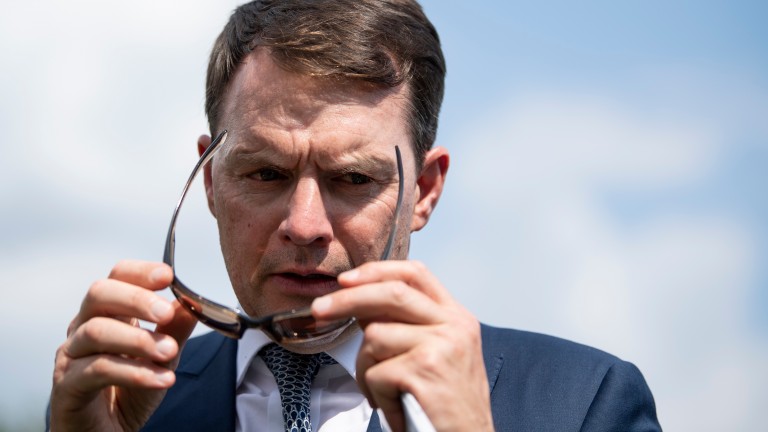 "It's good for next year as there's a lot of mystery there."

Donnacha O'Brien was the man in the saddle again for his father, riding his sixth Group 1 of a magnificent campaign.

Reflecting on Magna Grecia's effort, he said: "He's still a bit raw and he's improving and will be better next year. He toughed out in the last furlong."

FIRST PUBLISHED 4:16PM, OCT 27 2018
We're going to run out of time with a lot of them and it will be interesting next spring when the horses start racing, which ones progress