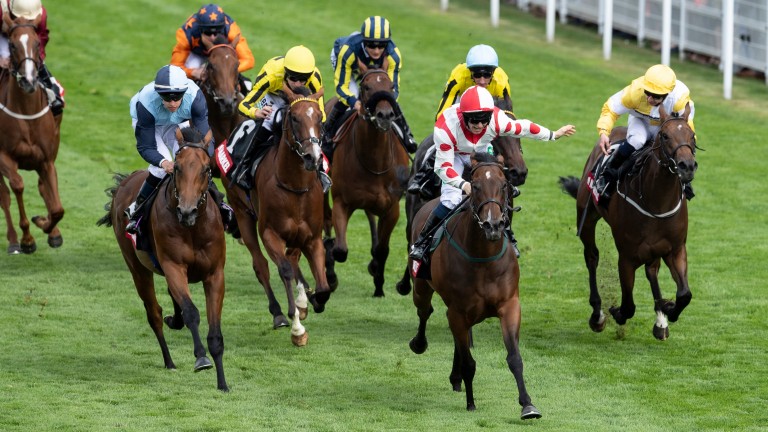 Liberty Beach was forced to overcome a decidedly troubled passage before winning the Markel Insurance Molecomb Stakes at Goodwood. It is possible her passage to the Breeders’ Cup could be no less complicated.

Following the filly’s strong-finishing success trainer John Quinn made no secret of the fact he wants to point her towards Santa Anita.

Owner-breeder Philip Wilkins made no secret of the fact he is far from certain he wants to do the same, nominating a different end-of-year objective and raising other reasons why he is not yet as sold on the States as his trainer.

Quinn may therefore have some work to do, yet his work with Liberty Beach so far has been exemplary. 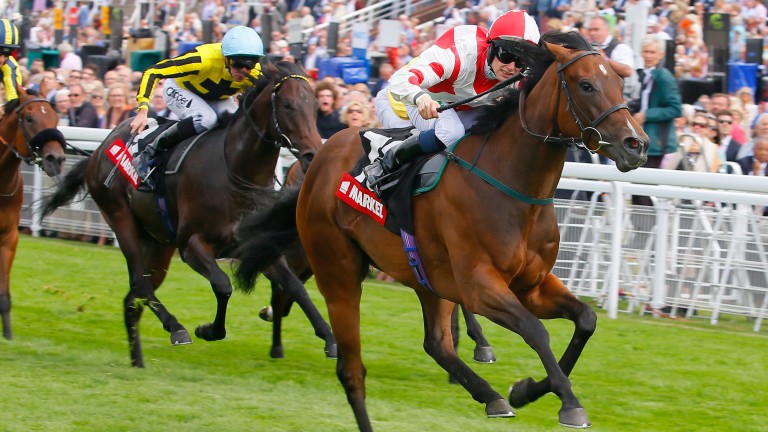 A Queen Mary Stakes fourth has now been sandwiched by four wins. The latest came in a rough race, during which the Jason Hart-ridden Liberty Beach and runner-up Alligator Alley were both short of room approaching the final furlong. American challenger Maven finished tenth. Far worse, Aussie Showstopper sustained a fatal injury.

"I thought she had an outstanding chance," said Quinn.

"She didn't get the best passage, with horses coming back getting in her way, but she showed her acceleration again and Jason couldn't pull her up. That's a very good sign."

Quinn, also victorious on the meeting's opening day, added: "I put her in the Prix Morny this morning as I felt she was good enough to go for that race, but she had to prove it on the track this afternoon.

"I think we will also target the Abbaye and then the Breeders' Cup. She has a lot of tactical speed and America could suit her. That is my plan.

"I wouldn't be surprised if she was well able to cope with six furlongs, which could even make her a Cheveley Park type."

The Cheveley Park is also "the dream" of Wilkins, who said of his trainer's American ambition: "I would like to give it some thought. I like to follow John's advice and so far it has been absolutely perfect. I'm just mindful of the travel, I'm mindful that it's America and I'm mindful there are other races we could go for in this country."

In some of those races Liberty Beach could end up reopposing the Joseph O'Brien-trained Alligator Alley, whose rider-brother Donnacha said simply: "If I had got a clear run I would have won."

FIRST PUBLISHED 3:09PM, JUL 31 2019
I think we will also target the Abbaye and then the Breeders' Cup. She has a lot of tactical speed and America could suit her. That is my plan

'He'll take a lot of beating on nice ground' - who impressed our panel? Brewin'upastorm readily accounts for McFabulous in Grade 2 at Fontwell