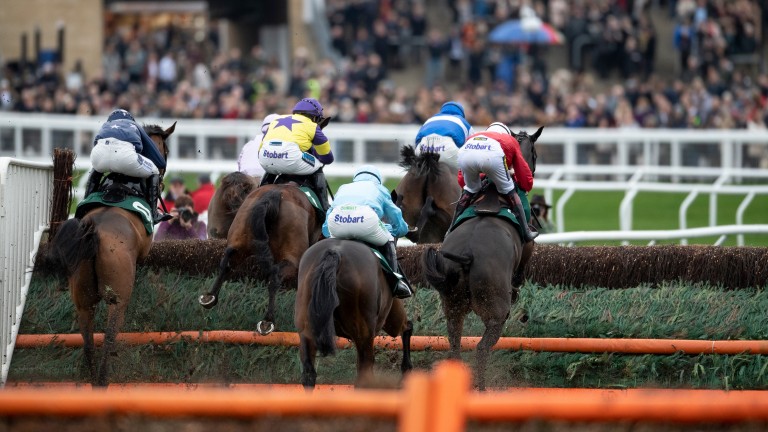 A racecourse suddenly in the firing line received valuable support on the year's opening day as multiple champion trainer Paul Nicholls led a spirited defence of Cheltenham following the revelation that leading owners Paul and Clare Rooney are boycotting the track.

The final hours of 2018 were difficult for Cheltenham's management after it became public knowledge the Rooneys wrote to their many trainers, instructing them not to make entries for Cheltenham races due to a feeling the home of jumping presents an increased risk of injury to their horses.

The opening hours of 2019 brought more cheer for the track that stages racing's biggest festival when Nicholls, echoing the words of others, rallied behind Cheltenham, stating with conviction: "The way they do everything here could not be bettered anywhere. It is simply the best." 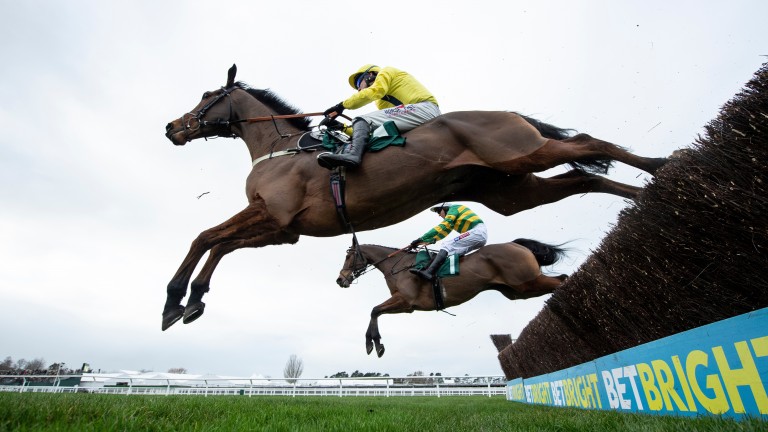 Those were timely and much-needed words, for looking from the outside in, it appears Cheltenham is under scrutiny in a way it has not been before.

It was only in mid-December the BHA published its review into a 2018 Cheltenham Festival marred by seven equine fatalities. No less than 17 recommendations were made. It was a sensible and constructive report but some might have felt that, in parts, the racecourse was being advised to do what it was already doing, with one example being that the festival should continue to begin on ground slower than good.

There had earlier been a rebuke from the governing body following the decision to give a ride of the season award to Patrick Mullins for a National Hunt Chase victory that incurred a whip suspension. 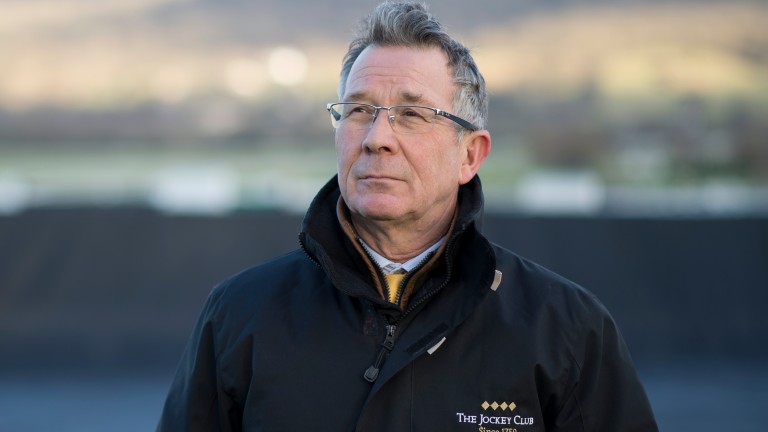 In that instance an avoidable mistake was made but Cheltenham was much more justified in smarting at recent criticism levelled at its fences. In respect of the Rooneys' move - possibly influenced by the death of their chaser Starchitect in the 2017 Caspian Caviar Gold Cup - one could certainly understand why a team headed by Jockey Club regional director Ian Renton and clerk of the course Simon Claisse might well have felt a degree of hurt.

It is believed the Rooneys - who have had runners with 20 British trainers this season - possess data that shows a higher injury rate for the horses they have run at Cheltenham. As is their absolute prerogative, they have concluded Prestbury Park is now not for them. It is a view, though, not widely shared.

"They are within their rights to do whatever they want with their horses but I've never had a problem with Cheltenham," said Nicholls. 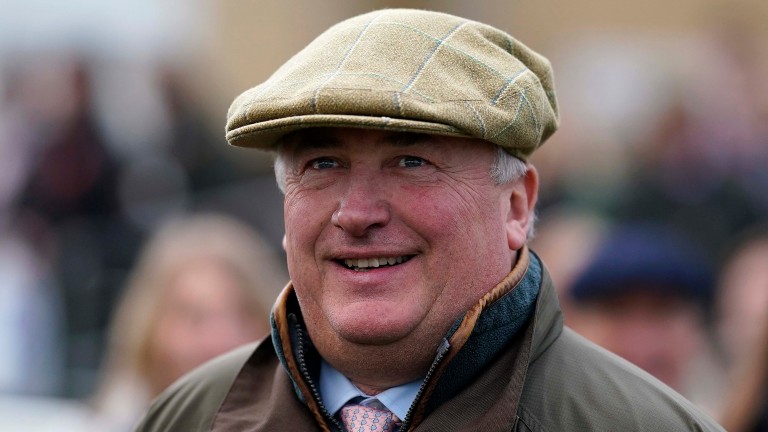 Paul Nicholls: strong in his support of Cheltenham
Alan Crowhurst

"If they want to run somewhere else, that's fine, they can go somewhere else. Nobody has to run here. However, in all my years training I've not had one owner who said they didn't want to have runners at Cheltenham. It would be like a Premier League footballer saying he wasn't going to play at Wembley because he didn't like the pitch.

"Simon Claisse works incredibly hard. I know he feels this is a kick in the teeth but there are an awful lot of people who support him. All I have for Cheltenham is 100 per cent praise. They are so professional here. No stone is left unturned to make sure everything is right for horses and jockeys."

They had not conferred but owner John Hales used similar words. In the 2007 Paddy Power Gold Cup he and Nicholls saw the dashing young grey Granit Jack lose his life at what used to be the Old course's downhill penultimate fence. Hales is an emotional owner. The horse's death hurt him badly, yet he has willingly kept coming back.

"It was an accident and you have to accept that," he said. "There is risk in our sport. I accept that. I love the sport and I've had a lot of success at Cheltenham. This is where I want to be, particularly at the festival." 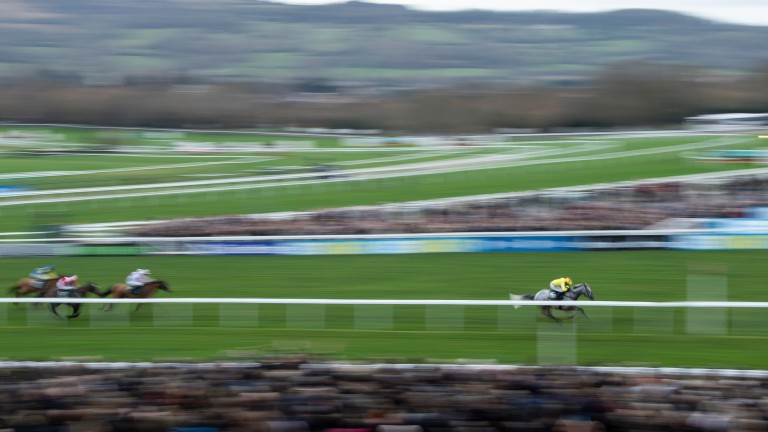 Would he ever contemplate shunning Cheltenham?

"Never," was the clear answer. "You couldn't be with better people. They go to tremendous lengths to make that course as safe as it can possibly be. They do a fantastic job.

"I love Cheltenham, it's the theatre of dreams. I buy French horses. You ask the French what they think of Cheltenham. They are so jealous, so envious. They have nothing like it. I'm so proud to be English and to be part of Cheltenham."

Thanks to Aux Ptits Soins, Hales was a winning owner on this card, as was Chris Coley, successful in the opener with Jarveys Plate alongside his business partner Fergal O'Brien, one of the Rooneys' trainers.

"We knew about this the other week as we received the message telling us not to run horses here," said Coley. "I've lost two horses at Cheltenham but have no issues about running horses here. No way. Why are you in the sport? You're in it because you want to come to Cheltenham." 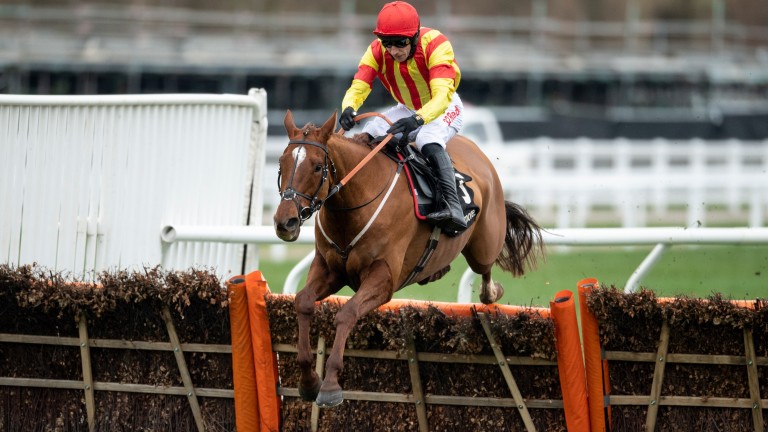 And how they wanted to come on this New Year's Day. No less than 26,720 people attended a fixture at which there was not a single faller or unseated rider. At every other British and Irish jumps meeting there were horses who parted company with their jockeys. Was Cheltenham lucky? Were the other tracks unlucky? Nothing in this sport is more important than equine welfare and statistics must therefore be monitored. Sometimes, however, things just happen.

We can be more certain of the fact Cheltenham is run by excellent people who care about the racecourse and the horses who run on it.

This was a good day at a place so many of us love. Let us hope the rest of 2019 is equally kind.

FIRST PUBLISHED 6:26PM, JAN 1 2019
Simon Claisse works incredibly hard. I know he feels this is a kick in the teeth but there are an awful lot of people who support him