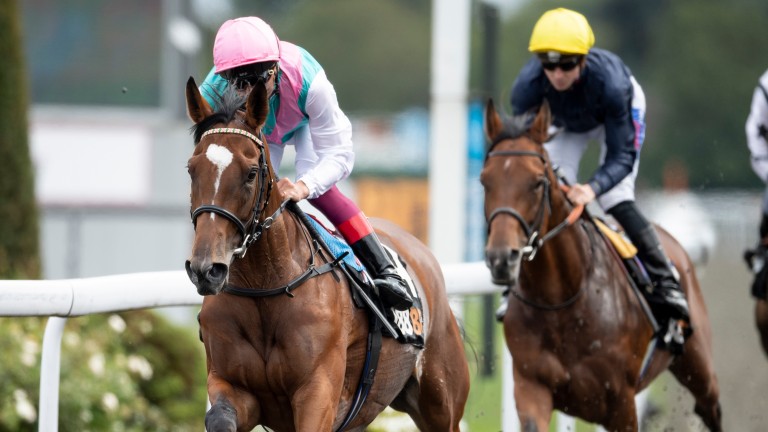 Last season's spectacular Arc heroine Enable returned in style from an 11-month absence to leave King George runner-up Crystal Ocean in her wake and earn a quote of 9-4 to defend her crown at Longchamp on October 7.

Enable, a five-time Group 1 winner last year, looked well up for it in the preliminaries and was full of it on the way to post, but that did not put off punters who backed her in to 8-15 (from 8-11) minutes before the off.

After the morning absence of pacemaker and stablemate Weekender, Frankie Dettori took the initiative on the Khalid Abdullah-owned four-year-old, who showed the way at a decent clip to Crystal Ocean in the early stages.

Turning for home, he pushed the button at the two-furlong pole and surged clear of Sir Michael Stoute's colt to score cosily by three and a half lengths without resorting to the whip. 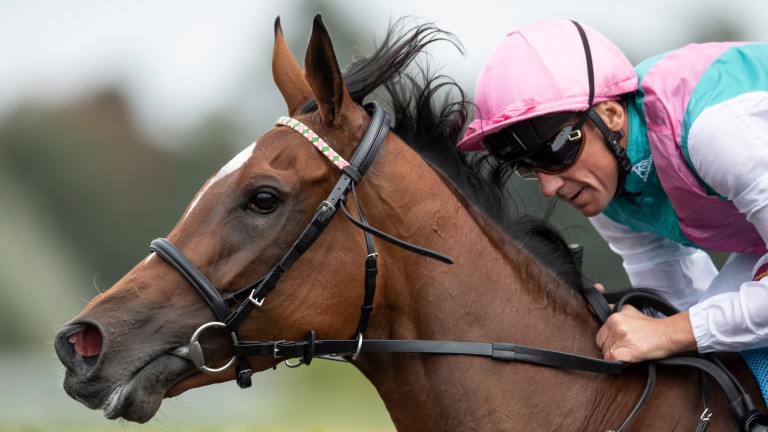 Trainer John Gosden said: "I was confident Enable would do that today as she's high class. That was a nice race for both horses if you're having a prep for an Arc and it was good to see Enable back, as it's been a long wait.

"She'll come on for that as she was only 80 per cent fit – 85 at a stretch – but she's in a good place mentally and she's enjoyed it. It's been very frustrating for her, as it has for us, especially when she's seen the other horses going out on the Heath "

Gosden said of the second, who was giving Enable 8lb: "I thought David Probert showed a lot of class by not leaning on her early, and fair play to him."

Dettori was also impressed: "That was awesome. I wasn't sure how fit she was as she's only being going a mile at home, but then she's trained by a master trainer. She got the job done and felt as good as ever. Bring on the Arc!"

Teddy Grimthorpe, racing manager to the winning owner, said: "We came here wanting a good comeback and we got one.

"If it had turned into a ding dong battle with Crystal Ocean and she lost she would still have gone to the Arc, but to see her return like that was very pleasing. It's great that after 11 months out she came here and still knows what it's all about."

Probert, who was riding Crystal Ocean for the first time, said: "I was happy enough down the back, but with the 5lb penalty it was hard to serve it up to Enable properly in the straight."

He added: "He handled the surface well and if Sir Michael wants to take him to the Arc he's run a nice prep, make no mistake."

John Gosden among powerful figures in new consultation group on use of the whip Can anyone stop Aidan O'Brien's recent domination of the Dee Stakes? New saliva test is key to eliminating cocaine use among jockeys, says PJA boss Frankie Dettori called up by Dermot Weld for Chester Cup ride on Falcon Eight 'I never felt any doubt' - Opera Gift impresses in City Bowl for course chairman Mother of God! Frankie Dettori lands 1,000 Guineas on O'Brien's Mother Earth