So easy for Champion Hurdle hero Buveur D'Air on comeback 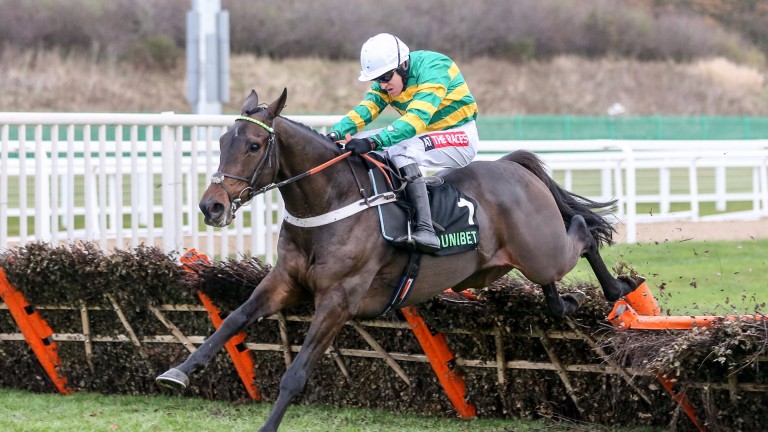 Buveur D'Air on his way to an impressive success under Barry Geraghty at Newcastle
GROSSICK RACING PHOTOGRAPHY 0771
1 of 1
By David Carr UPDATED 10:37AM, DEC 3 2017

"That was easy to watch." Frank Berry hardly qualifies as an objective observer but few who were not connected with the beaten horse would disagree with JP McManus's racing manager.

Faugheen had set the bar high for returning Champion Hurdle hopes with his 16-length romp at Punchestown last month.

And the history book – if not the form book – had a word of warning for anyone thinking of getting their Christmas expenses by plunging £6,000 to win £1,000 on the reappearing Buveur D'Air in the Unibet Fighting Fifth Hurdle.

He'd looked good in seeing off all-comers at Cheltenham last March, yet seven of the last nine Champion winners to run the next season had been beaten in their comeback races the following autumn or winter.

Only the legendary Hurricane Fly (twice) had bucked the trend and even Faugheen suffered defeat at, coincidentally, 1-6 in the Morgiana at Punchestown two years ago.

Yet Buveur D'Air was 13lb and upwards clear of his Fighting Fifth rivals on Racing Post ratings and class told. 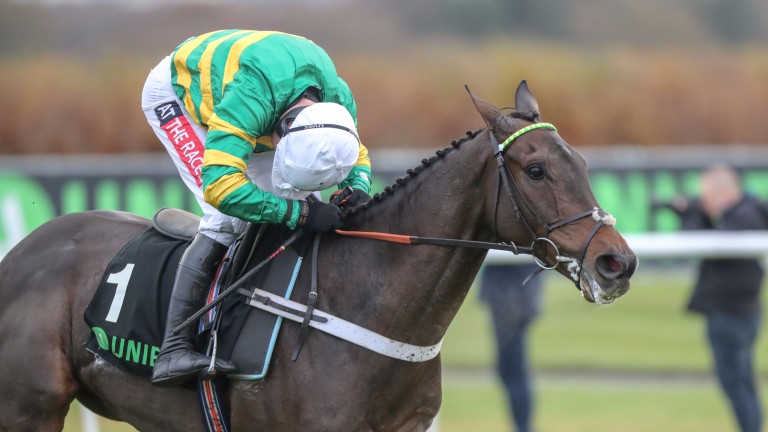 He was always travelling strongly, hurdling with a slickness that belied the fact he'd spent the first half of last season over fences.

The six-year-old was clearly full of running as he hit the front at the third-last flight and he quickened clear from the next to score in a canter. His three-and-a-half-length margin does not measure up to Faugheen's but it could have been much longer had it been necessary.

It is never easy to judge the merit of an easy winner – look at the varied reactions to Bristol De Mai's Betfair Chase cakewalk – but jockey Barry Geraghty believes Buveur D'Air will prove better than ever.

"He's only six rising seven and I'd say he's improved again," he said. "He's more professional and he looks more physical. He'll improve a lot for the run – with age he's needing more work. He could be a smarter horse this year than last.

"He's taking on hurdles, he's wanting to get on with the job and he's got a great appetite for it.

"His jumping is rapid. If you look over the year at Champion Hurdler winners like Istabraq, Hurricane Fly and Hardy Eustace, they bend their knees and they're flicking past hurdles. They gain ground and they also get to fill up their lungs because it's so natural and easy for them."

Geraghty, who had been confident the hurdler was in shape first time out, said: "I rode him work ten days ago at Newbury and he worked nicely. He worked on Sunday morning and Nicky was really buzzing about him.

"Faugheen looked very good at Punchestown, but when the day comes that the two meet I'll look forward to the challenge."

That clash may come in the Christmas Hurdle at Kempton on Boxing Day, which is Buveur D'Air's probable next target.

Berry said: "We'll talk to Nicky and see how he comes out of this, but I'd say it's more than likely he'll go to Kempton."

No dishonour in second

Irving was far from disgraced in second as he attempted to secure a record-equalling third Fighting Fifth win and was greeted with enthusiasm by around 30 Axom members in the winner's enclosure.

"We're really pleased with him," said the group's racing manager Dan Downie. "We knew everything had to go our way and that the favourite probably had to be below his best, too. He got a bit outpaced early in the straight and just stayed on."

"He needs soft ground and ideally a small field. We tend to run in the same old races, but we'll look at what's available, even in Ireland and France." 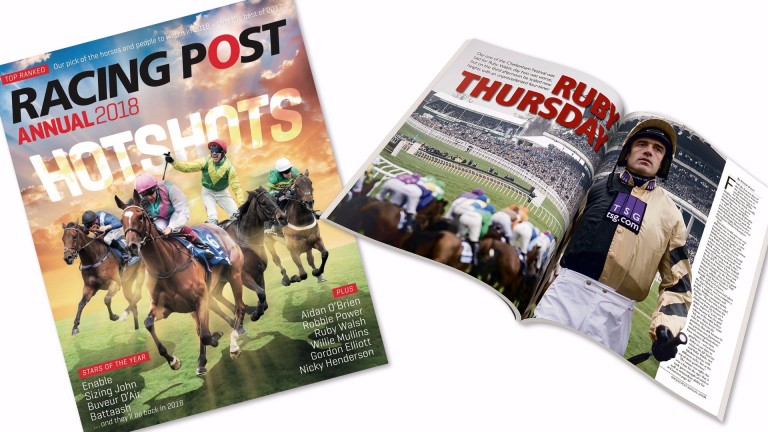 FIRST PUBLISHED 2:27PM, DEC 2 2017
He will improve a lot for the run, with age he's needing more work. He could be a smarter horse this year than last year

Blow for Henderson as Pentland Hills set to miss season with leg injury JP McManus: if I lose I don't have a bet for two weeks - it doesn't bother me