Big-race banker or short-priced shirker: who can you trust? 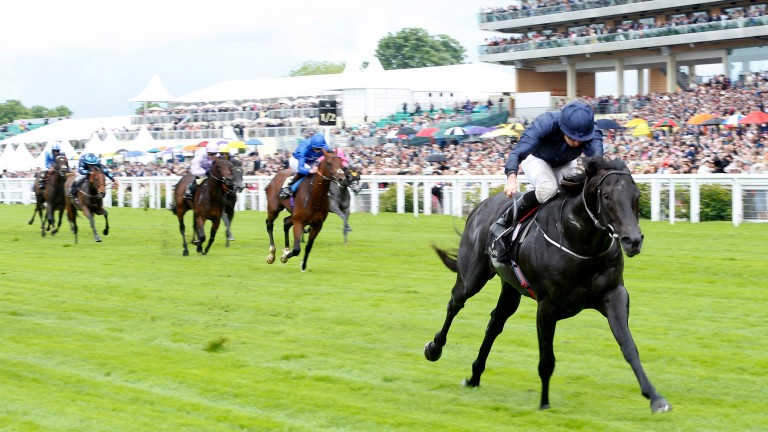 Speed machine: Caravaggio will aim to extend his unbeaten record in the Commonwealth Cup
Julian Herbert
1 of 1
By Maddy Playle 3:11PM, JUN 14 2017

Royal Ascot is often either the punter's playground or a downright disaster. Eight favourites triumphed at last year's meeting, including four of the names listed below, and here we profile six of the stars set to grace the turf, ranking them down from shaky favourites to bona fide certainties.

Pros: Produced an unbelievable performance of brazen, x-rated speed to win the Queen Mary Stakes at the meeting last year and followed up when conditions weren’t ideal in the Prix Morny. Her return over 5½f at Keeneland proved she has trained on and could be as good as ever.

Cons: Hasn’t faced anything like the opposition she will meet in the King's Stand so far and could well need to improve on what she showed last year. Her third-placed finish behind Brave Anna in the Cheveley Park Stakes proved she is far from unbeatable.

Conclusion: Marsha and Signs Of Blessing both won impressively carrying penalties on their last starts and look huge dangers to Lady Aurelia, who is worth opposing given the strength of her form doesn't look anything special.

Pros: There are few things Aidan O’Brien can do better than ready horses for the Ascot Gold Cup and Order Of St George has already proved he is up to the task after defying a troubled passage to score last year. He is a very classy animal on his day, as he proved when winning the 2015 Irish St Leger by 11 lengths and finishing third in last year’s Arc over a trip shorter than ideal.

Cons: Doesn’t always deliver on the big stage and there were no excuses when Wicklow Brave beat him in last year’s Irish St Leger or indeed when he flopped as favourite for the Long Distance Cup at the track on his final start last season.

Conclusion: Has least to prove of all the runners but there may not be much value left in his price. Simple Verse, who looks to have more to offer at this trip, could give him a run for his money. 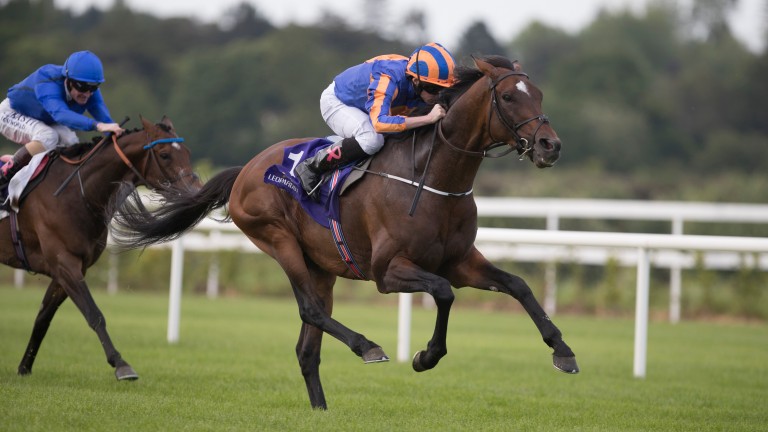 Pros: Has improved no end since winning the Jersey Stakes at this meeting last year, including when claiming the Jacques le Marois last August. He proved he was more versatile than ever when storming to victory from the front in a tactical running of the Lockinge Stakes on his return.

Cons: Hasn't always been the most straightforward. He can pull hard and the pace-making tactics with Toscanini – whether intentional or unintentional – didn’t work out last time.

Conclusion: The older milers don’t look an outstanding bunch this year and Ribchester looks as if he can capitalise once again, but it may not be a walk in the park for him as many suspect, with American Patriot a credible contender if arriving in peak form.

Pros: Outstanding dual Guineas-winning miler who has been beaten only once in an eight-race career. A redoubtable, versatile performer who won the Chesham Stakes at this meeting last year, Churchill will be prepared to perfection by connections.

Cons: Doesn’t always win by very far, which gives the impression he is potentially vulnerable. Had the perfect trip in the 2,000 Guineas at Newmarket, where Barney Roy met all kinds of trouble, and he didn’t beat a strong field in the Irish equivalent.

Conclusion: This may well be his biggest challenge to date but he is beautifully straightforward and his professionalism can help him record a fifth Group 1 success.

Pros: Has looked nigh-on unbeatable in his five starts to date, including when overcoming a bad draw and unsuitable ground in the Coventry Stakes last year. Aidan O’Brien has said they have “never seen one quicker at home” following his faultless return in the Lacken Stakes.

Cons: Harry Angel was equally as impressive in the Sandy Lane Stakes at Haydock last time and he arguably beat better opposition than Caravaggio did at Naas. Blue Point also looks a cracking sprinter and Wesley Ward is keen on the chances of his Bound For Nowhere.

Conclusion: Caravaggio is one of the most naturally gifted horses in training and the suspicion is may well emulate Muhaarar and make up into this year’s champion sprinter. For all the Commonwealth Cup could be the race of the meeting, his position at the helm of the market is thoroughly deserved.

Pros: Contemptuous in the 1,000 Guineas at Newmarket, Winter improved to give her rivals a stunning four and three-quarter length beating in the Irish equivalent. She is only the third filly to complete that illustrious double and looks a class apart from her contemporaries.

Cons: The likes of Dabyah and Talaayeb are still unexposed and may well have come forward since their last runs. Precieuse also brings Classic form to the table and is speedy enough to pose a threat in a race in which French fillies have a great record.

Conclusion: Hard to oppose. She brings the best form to the table – the three-year-old fillies look just as good if not better than the colts this year – and has given the impression she is a superstar. The prospect of further improvement is enough to get anyone excited.

THE STATS THAT MATTER

5 Royal Ascot wins between them

£954 The returns from a tenner at the best odds available

All the latest Royal Ascot odds are available on our mobile app. Download it here

FIRST PUBLISHED 12:36PM, JUN 14 2017
For all the Commonwealth Cup could be the race of the meeting, his position at the helm of the market is thoroughly deserved

'She has everything you need to win an Arc and is a generous price' Crowds down but enough people to fulfil Ascot's role in government's ERP test 'I didn't say that. He's wrong' - Dettori counters Murphy best-horse claim Stewards' tight call splits opinion, but ultimately the right decision was made A day when two big decisions had to be made - officials at Ascot got both right Time to hail the year of the veteran as experienced riders stay the course again