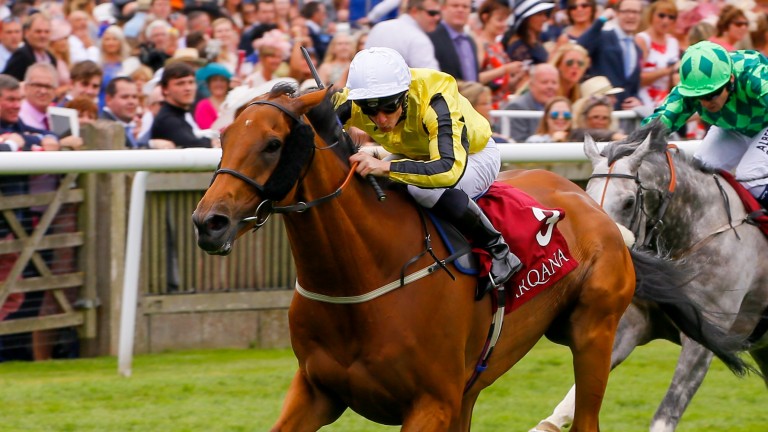 Big Orange found the Melbourne Cup a bridge too far but he gets the opportunity to end his Australian adventure on a winning note in the Group 2 Quayclean Zipping Classic at Sandown on Saturday.

Fifth in the Melbourne Cup in 2015, Big Orange came home in tenth carrying joint-top weight this year after struggling to settle off a furious pace for Jamie Spencer.

Damian Lane takes over in the saddle as the Michael Bell-trained five-year-old renews rivalry with a host of other beaten horses from Flemington.

"Damian had a sit on him on Wednesday and was happy with his wellbeing and we're looking forward to the race," said Bell, who has returned home to Newmarket.

"We're meeting horses from the Melbourne Cup on better terms and hopefully over a mile and a half he'll be able to reverse the form."

Who Shot Thebarman (fifth), Almoonqith (sixth) and Beautiful Romance (seventh) all finished in front of Big Orange at Flemington, while Secret Number, who like Beautiful Romance is trained by Saeed Bin Suroor, trailed home near the rear.

Bell added that bringing Big Orange back home via Hong Kong for a crack at the Vase was an option, depending on how he fares in the Zipping Classic.

Bin Suroor's fellow Godolphin trainer Charlie Appleby aims to round off a fabulous spring carnival elsewhere on the card with Melbourne Cup fourth Qewy in the Listed Sandown Cup.

"In every run here he's exceeded our expectations, and to run fourth in the Melbourne Cup was a fantastic thrill for the whole team."

Qewy, who breaks from stall one, will be reunited with his winning Geelong Cup rider Kerrin McEvoy.

"The two-mile trip suits, as he showed in the [Melbourne] Cup, and he looks capable of controlling this race," Ferguson added.

FIRST PUBLISHED 1:04PM, NOV 10 2016
We're meeting horses from the Melbourne Cup on better terms and hopefully over a mile and a half he'll be able to reverse the form