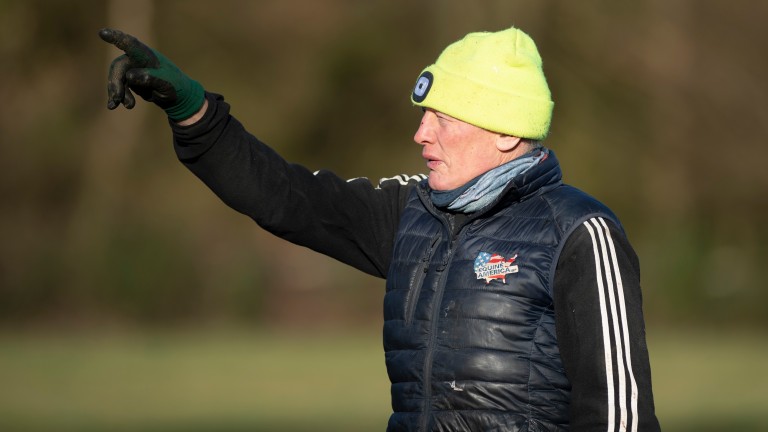 Trainer Gary Moore enjoyed a productive afternoon with two winners and a second from three runners at his local track, headlined by a one-two when Big Bard led home Jaffathegaffa in the 6f handicap.

The six-length winner had been campaigned over further, but since dropping down to six furlongs he has a perfect record. Moore said: “It's taken a long time to sort out his trip, but he's quite a nice horse for the future. He's a baby and still hasn't grown into his strength. He'll need to improve as the handicapper was watching."

Moore admitted to having also got it wrong with Jaffathegaffa, adding: “I've been getting his trip wrong by the looks of things. I’ve been running him over a mile and a mile and a quarter and he looks like he needs to be dropped back to six furlongs.”

The double was completed courtesy of 6-5 favourite Breezy Storm in the mile novice stakes. The daughter of Fast Company improved from a fine neck second at Goodwood to break her maiden at the third time of asking.

Moore said: “She won well, I’m pleased for the owners [Neal and Sheralee Grayston], they're very nice owners and have invested a lot and thankfully the filly has turned out good for them."

Unfortunately for connections she pulled up lame after the race and will be rested with a view to next season.

The Chris Gordon-trained Spanish Hustle, ridden by Charlie Bishop, caused an upset when wearing down the well-backed 9-4 favourite Wisper in the 1m2f handicap to continue Gordon's fine recent run.