BHA stops use of 'unknown' overweight to raise handicap marks 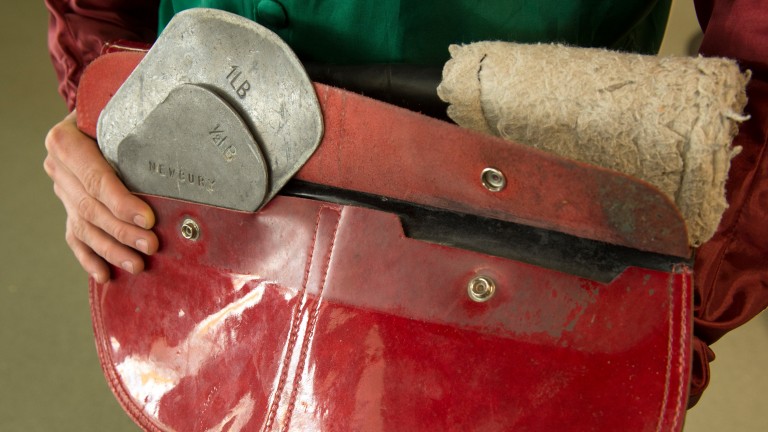 Jockeys' overweight of 1lb will now be disregarded by BHA handicappers
Edward Whitaker
1 of 1
By Colin Russell 4:50PM, JUN 13 2017

The BHA has stopped handicappers from raising the marks of horses based on information about jockeys carrying overweight that is unavailable to the public.

Data involving jockeys' weighing in (post-race) with overweight is published only if the rider is 2lb or more above the allotted amount, meaning that up until last weekend if the overweight was 1lb it would be considered when the horse's mark was reassessed even though the information was not in the public domain.

Under amended instructions handicappers can no longer take into account any unpublished weight a horse might carry.

The BHA's head of media Robin Mounsey said: "We believe the handicappers should only take account of information that is also available to the public, otherwise we end up with handicap ratings that can appear illogical to the participants and the public.

"As of last weekend we have changed the policies so that this will no longer occur.

"Therefore, we decided that from June 11 handicappers should not take into consideration when a rider is 1lb overweight and this information is not publicly known."

The previous approach was prone to causing confusion, as Mike Sowersby, one of the last trainers to be hit by the practice, explained.

His progressive hurdler Arboretum won at Market Rasen at the beginning of this month and he said: "I rang the handicapper to ask him how much he had put the horse up for his win and he told me he had added 1lb because his rider Brian Hughes had weighed in 1lb higher than he weighed out, so was he carrying 1lb overweight.

"No one said anything to me on the day, and it isn't as though Brian was riding at his minimum as he can do lighter weights than that. He didn't know why he was a pound over and neither did I."