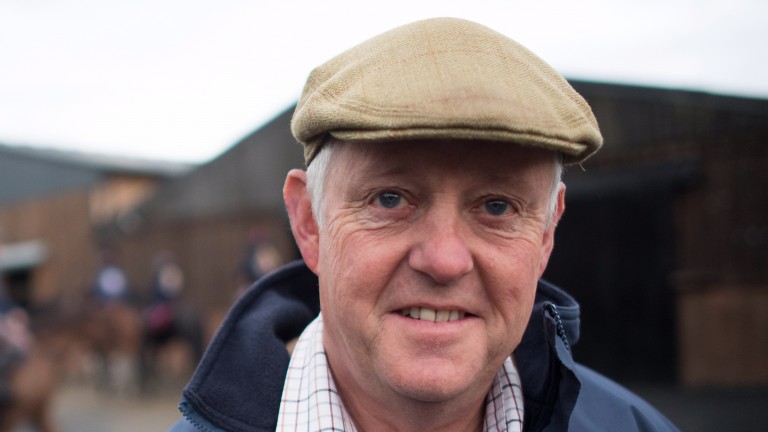 The BHA has been accused of a "childish tantrum" after pledging to amend the rules of racing following defeat in a landmark anti-doping case.

The regulator had appealed against a disciplinary panel decision not to penalise Philip Hobbs after one of his horses, Keep Moving, tested positive for cetirizine, an antihistamine and prohibited substance, earlier in 2017.

The BHA contended the panel's decision undermined anti-doping rules, which the regulator believes must include "appropriate deterrents" for all offences, regardless of proven negligence or intent, due to the principle of strict liability.

However, delivery its verdict on Thursday, an appeal board upheld the original decision, ruling that the panel had correctly interpreted the rules when waiving punishment against Hobbs, prompting the BHA's chief regulatory officer Jamie Stier to announce an amendment would be sought to bring the rules into line with the authority's interpretation.

Stier said: "Whilst the appeal board’s judgment does not challenge the principle of strict liability, it has shown there is an issue with the way the rules of racing are currently written.

"In order to address the point raised by the appeal board, there needs to be an amendment to the current rules.

"We are proud of the approach of British racing to doping violations. International and UK owners invest tens of millions in our sport because we have a good reputation for maintaining a level playing field and fair competition.

"Racing cannot afford to see this reputation undermined so it is imperative we move swiftly to ensure that a proper framework is in place to underpin a robust anti-doping policy.

"A sufficient deterrent is fundamental to the enforcement of an effective anti-doping regime in any sport and therefore it is of vital importance that the principle of strict liability is backed up with appropriate penalties."

Stier's statement brought a strong rebuke from Roderick Moore, the barrister who represented Hobbs at the appeal hearing on November 14.

He said: "A responsible regulator would pause for reflection, and then consult racing’s stakeholders [before changing the rules]. This pre-prepared statement from Jamie Stier seems a toxic combination of face-saving spin and childish tantrum."

The National Trainers Federation, which supported Hobbs through the appeal process, also "strongly discourage[d]" the BHA from pursuing a rule change. In a statement, it welcomed the appeal board decision and argued the current rule encouraged good yard management.

The statement said: "We note that, in response to this decision, the BHA will seek a rule change. We would strongly discourage them from this.

"Each case will still turn on the facts. Far from obstructing its ability to regulate the sport, the BHA should recognise that this ruling gives trainers an incentive to ensure they apply the very best management practices to prevent their horses from being administered with or contaminated by a prohibited substance whether in their home stables or at a racecourse. There is no such incentive if the trainer is penalised whatever the circumstances.

"It should not be forgotten that the result does not change the inevitable disqualification of the horse, with serious consequences for the connections including the trainer. This in itself is sufficient deterrent."

It added: "We want to be clear that the NTF fully supports British racing's rules on equine anti-doping and their objective to ensure that everyone competes on level terms on British racecourses. Our interest in the appeal was to ensure fair treatment of trainers under those rules.

"Finally, we hope this result serves as a warning to the BHA to use its appeal powers in future with extreme caution."

FIRST PUBLISHED 10:23AM, NOV 23 2017
It is imperative we move swiftly to ensure that a proper framework is in place to underpin a robust anti-doping policy