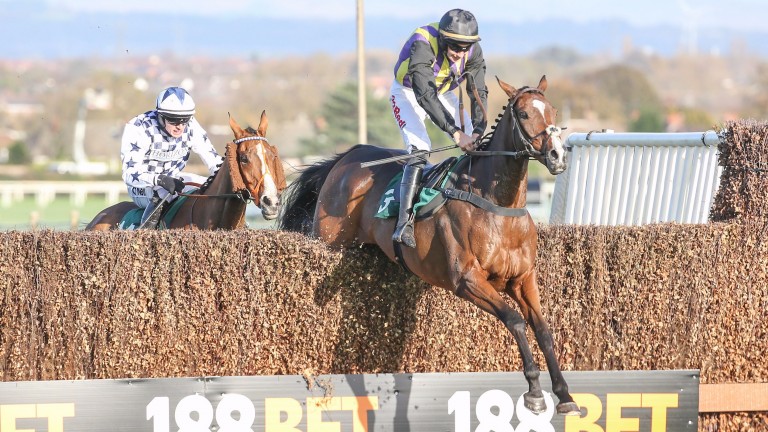 The BHA has said early signs indicate the death of popular chaser The Romford Pele at Uttoxeter on Sunday was not linked to racing during a heatwave with which the governing body has stressed the sport is well equipped to cope.

Four horses lost their lives across Sunday's jumps meetings at Uttoxeter and Cartmel, but the weather does not appear to have been a causal factor.

Adam Du Breteau and One For The Guv'Nr sustained what proved to be fatal injuries at Cartmel, while Another Hero was put down for the same reason after being pulled up in Uttoxeter's feature race, the 3m2f Summer Cup.

That contest was also marred by the death of The Romford Pele, who had won the prize in 2014, while the race's winner, Virgilio, was treated for post-race ataxia after scoring for Dan and Harry Skelton.

Uttoxeter clerk of the course Charlie Moore on Monday stressed the heat had not presented equine welfare problems and pointed out that the track had been praised for the measures it had put in place.

Moore said: "While it was hot, no one had any concerns about it being too hot. One concern might have been had the weather been humid, but it wasn't, and we actually had a little breeze.

"It's important to note this wasn't a day like the one at Cheltenham in April. The horses who raced here all had really good summer coats and they have been trained in this summer weather, so they were used to the heat."

Speaking on Monday morning, David Sykes, BHA director of equine health and welfare, said: "The Romford Pele has been sent for a post-mortem, but at present the initial signs suggest the horse may have suffered a cardiovascular incident, rather than anything related to heat stress.

"Our thoughts are with the horse’s owner and trainer and everyone who cared for him through his career."

Ray Parlour, the former footballer after whom the horse was named, said: "He may not have been my horse but I loved having one named after me and always used to back him. I'm really sad about what happened on Sunday."

This is the second time heat has become a subject in Britain this year, with Cheltenham having abandoned a long-distance handicap chase in April. On that occasion the stewards took the decision staging the race "potentially posed an unacceptable risk to horses" due to the contest's extreme distance and the fact "horses appear not to have acclimatised to the exceptionally warm weather following a prolonged cold spell".

Earlier on the same card Dame Rose collapsed and died after a hurdle race but there was no veterinary report of her death being linked to the weather.

Pointing to the differences between then and now, Sykes said: "The fact that the increased temperature is over a sustained period, as opposed to a sudden spike like we saw earlier in the year, means horses are acclimatised and therefore the level of risk is not dramatically increased, especially when combined with the significant steps being taken across all racecourses to manage the heat.

"Should there be any concern regarding the effect of the weather on the horses, BHA stewards, in consultation with the veterinary teams, have the ability to take action to ensure their welfare is protected, as they have done already earlier this year." 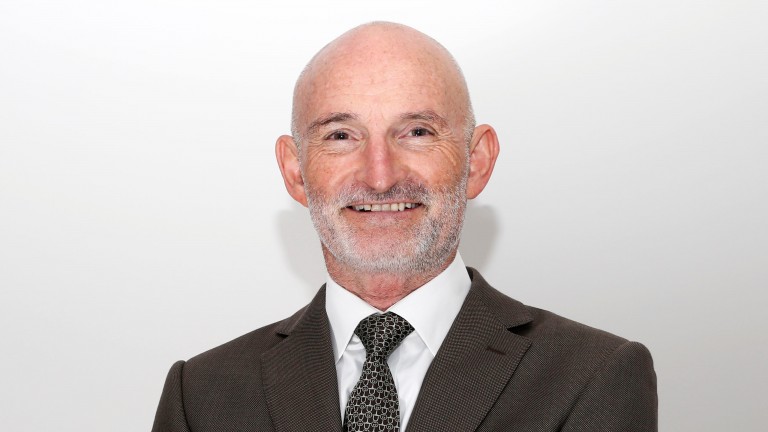 Sykes added: "As an industry we have experience dealing with these conditions and there are a number of measures racecourses put in place to deal with periods of hot weather, for both human and equine participants. These include the increased provision of cool water, areas of shade and earlier access to stables.

"Veterinary teams and racecourse staff are all on hand to provide care for horses after they have competed, and they are constantly keeping an eye out for any horses who show any signs of not coping with the heat."

On the subject of post-race ataxia, a syndrome characterised by loss of balance in walking following exercise, Sykes said: "Horses will occasionally display symptoms of post-race ataxia which are linked to an increase in body temperature after exercise and can be treated by cooling the horse with water as well as providing free access to cool drinking water.

"It is not uncommon in racehorses or other sport horses, whatever the weather, and what is notable is that we are not, at present, seeing an increased incidence of these symptoms among horses running in these recent high temperatures."

FIRST PUBLISHED 12:26PM, JUL 2 2018
The fact that the increased temperature is over a sustained period means horses are acclimatised