BHA: no sign of a link between deaths of three horses at Hexham 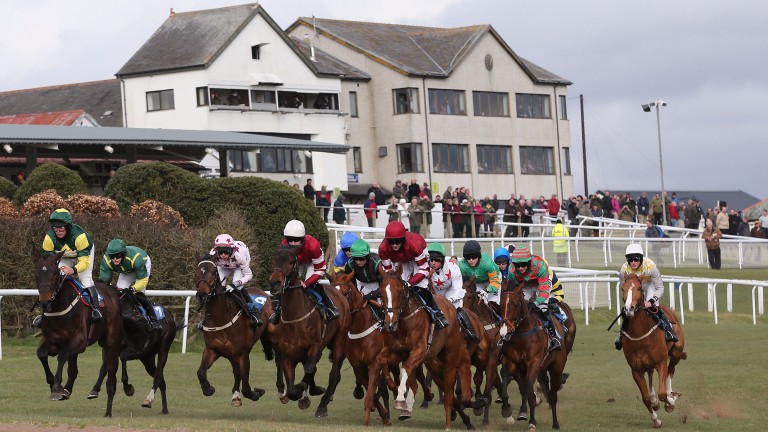 The BHA described the deaths of three horses at Monday's meeting at Hexham as "exceptionally rare" on Tuesday and said there were no initial indications they were linked.

Skywards Reward, trained by Micky Hammond, Flemerina, from the Sue Smith stable, and the Victor Thompson-trained Nelly La Rue all suffered fatally injuries. Flemerina was the only one to fall as the other pair broke down on the flat. Later races were delayed as a result.

The BHA, which investigates all racecourse equine fatalities, said it was saddened by the deaths.

David Sykes, the regulator's director of equine health and welfare, said: "This was an exceptionally rare occurrence and overall Hexham’s recent safety record has been good, operating well below the national average fatality rate.

"We'll look at the circumstances that caused these injuries – as we always do when there is a fatality. However, the initial indications suggest there is no one factor that links these unfortunate accidents."

Broadening the theme, he added: "As the sport’s independent regulator, the BHA works constantly to minimise the risks as much as possible through a combination of regulation, research and education.

"This has meant the sport is getting safer all the time and the fatality-rate in British racing has reduced by one-third in the last 20 years, to below 0.4 per cent of runners in jump racing.

"There is a level of risk involved in any activity in which horses take part, and that level of risk can never be eradicated entirely.

"However, the sport’s track record shows the welfare of its participants is the number one priority and we do all we can to reduce that level of risk as much as we can."